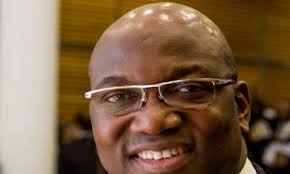 The new Chairman of the Broadcasting Organization of Nigeria (BON), John Momoh has promised to establish the BON Education Foundation and engage with international organizations as a way of providing a sustained funding for training.
Momoh, who is also the Chief Executive Officer of Channels Television, said at the 66th General Assembly of the BON in Abuja that he will focus on education and continuous training of members during his tenure.
He said that BON needed to be more creative, innovative and responsive due to the rapidly changing circumstances in the industry, promising that he will deliver on his campaign promises of technology, advocacy, innovation and training.
Momoh said that his administration would look into the issue of funding of broadcasting by advocating for an amendment that radio and television licenses be removed as part of the functions of local government councils.
“The National Broadcasting Commission should be made to collect the licence fees in trust for and on behalf of public radio and television broadcasting stations.
“The proviso will then be that the public broadcasters will stop collecting adverts and instead make the exclusive preserve of private broadcasters.”
The chairman said that there is the need to resuscitate the Society of Nigerian broadcasters in order to have a regulatory authority to regulate the profession and practice of broadcasting in Nigeria.
Momoh said that the draft Bill of the Society of Nigerian broadcasters was presented on the floor of the Senate in 2013 but had not been passed, saying that his administration would intensify efforts to ensure passage of the Bill in the life of the present National Assembly.
He said that the digital switch-over should be concluded and the interest of members should be adequately protected.
This was even as the outgoing Chairman, Yakubu Ibn Mohammed, said that BON had yielded good returns from its collaborative efforts which had resulted in enhanced training for staffers.
According to him, the collaborative efforts have also stabilized digital switch over across the country.
Yakubu, however, said that more needed to be done, especially in the core professional areas of broadcasting.
“So much more has been done, but more needs to be done, especially in the core professional areas of broadcasting, such as joint and co-production, personnel exchange, technical support and peer review.
“There is also the need to avoid sectarian, sectional and cabalistic tendencies and manifestations within this grand coalition.”
He called on members of BON to jealously guard the harmony, comradeship and professionalism that had been built in order to eliminate incidences of acrimony for the future of its succession plans

The News Agency of Nigeria reports that the assembly has as its theme: “Concept of Change: The Media and Nation Building.” [myad]