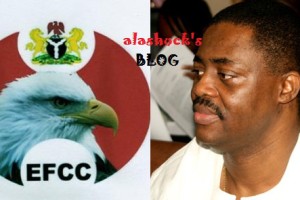 Former Nigerian Aviation minister and chieftain of the opposition Peoples Democratic Party (PDP), Femi Fani-Kayode, has revealed that he had instructive and long discussion with the leader of the secessionist group, the Indigenous People of Biafra (IPOB), Nnamdi Kanu in Kuje prison.

Fani Kayode, who was released from detention a few days ago, said in a write up by him: “when I went to visit the great and brilliant freedom fighter, Nnamdi Kanu, who is the leader of IPOB and easily the most courageous,  powerful and credible Igbo leader in Nigeria today in his cell we had a very instructive and long discussion.

“I had never met Nnamdi before and I was amazed at his depth of knowledge, his immense courage and his deep convictions. There is no doubt in my mind that that man is going places and in him the Igbo have an Ojukwu and a Nnamdi Azikiwe all rolled into one. He is destined for greatness.” [myad]