Home FEATURES I’ve Been Kicked So Many Times, But I Keep On Going, British... 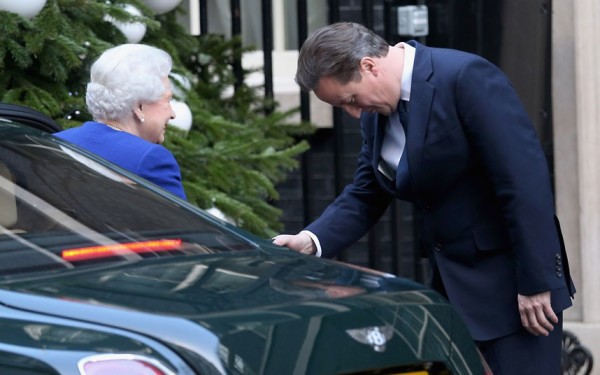 David Cameron has admitted that he had been kicked so many times in his political career but that he had kept going on, even as he formally bowed out of the Dowing Street, the official seat of the Prime Minister.

Cameron, who made his last appearance on Wednesday, as prime minister before making way for Theresa May to lead the monumental task of extricating Britain from the EU, said: “I have been kicked so many times but I say ‘Keep going, it is only a flesh wound. I admire that.’’

At the Parliament where he exchanged banters, the outgoing Prime Minister said: “This morning I had meetings with ministerial colleagues and others.

“Other than one meeting this afternoon with Her Majesty the Queen, the diary for the rest of my day is remarkably light,’’ as members of the House of Commons roared in laughter.

He was due to present his resignation to the queen at Buckingham Palace at around 1600 GMT.

Then May will pay her own visit to the monarch to be formally entrusted with the job, before entering 10 Downing Street to become Britain’s second woman prime minister after Margaret Thatcher.

Cameron stepped down after Britons rejected his entreaties and voted in a June 23 referendum to quit the EU, weakening the 28-nation bloc and creating huge economic uncertainty.

Apart from the task of executing ‘Brexit’, May must try to unite a divided party and a nation in which many, on the evidence of the vote, feel angry with the political elite.

There was an atmosphere of hilarity in parliament as Cameron traded humorous jabs with beleaguered opposition Labour leader Jeremy Corbyn, in spite of the serious backdrop.

“I am beginning to admire his tenacity; he is reminding me of the black knight in Monty Python’s Holy Grail.

He took the opportunity to trumpet his government’s achievements in generating one of the fastest growth rates among western economies, chopping the budget deficit, creating 2.5 million jobs and legalising gay marriage.

However his legacy would be overshadowed by his failed referendum gamble, which he had hoped would keep Britain at the heart of a reformed EU.