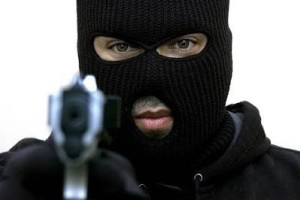 A suspected kidnapper, Joshua Okoh, has confessed that kidnapping is a big business through which he has now become a millionaire.

Joshua Okoh, who was paraded by the Delta State Police Command along with his accomplices, told news men that he was already planning to open a private business when he was caught by the police.

Okoh said: “kidnapping is like a business to me. Lack of job and bad economy forced me into crime. I almost became a millionaire from this business.

“I chose kidnapping because that is what I can do best. Now I am in trouble; but since I started this business, I’ve never killed anybody.

“What me and other gang members did was to just collect the ransom and let the person (victim) go. We did pity them, but we did not have any other option.

“I have carried out about five successful kidnappings and my share ran into millions of naira. I bought cars with the money and proposed to establish a business before this arrest.

“It is not as if we liked the job, but we were forced into crime by rich leaders and brothers who do not help, but would rather exhibit wealth in your presence.

“It will interest you to know that most people who are victims of kidnapping are set up by their own brothers and sisters who they refused to help, just like this one that led to our arrest.

“It was initiated by a brother of the woman she may have refused to assist,” Okoh confessed.

Others who were paraded before the news men were Anthony Oren, (alleged to be the vigilante boss of Orhakpo community in Ughelli North Local Government); ThankGod Okeperhie and Clement Efanyobera.

The state Commissioner of Police, Zanna Mohammed Ibrahim, who paraded the suspects, said that they were arrested in connection with the abduction of a housewife, Mrs. Judith Osayande, in Warri.

“N1.8 million of the N3 million ransom, one Honda Accord belonging to the suspect, the victim’s Toyota Camry with number plate BEN 825JA, two guns and 13 live cartridges were recovered from the suspect,” Ibrahim said. [myad]