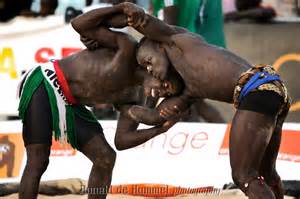 No fewer than 60 secondary school students have emerged as potential wrestlers in Lagos in a three-day Closed wrestling Workshop/Championship organized by the Lagos State Wrestling Association in Epe Division.
The students from about 16 schools in Epe Division were discovered after they were taking through the rudiments of the combat sport which included male freestyle, Greco Roman and female freestyle in the junior and senior categories of the competition that featured about 300 students at Odo Obara High School, Epe.
The Director General of Lagos State Sports Commission, Mr. Adewunmi Ogunsanya described the performance of the budding talents as exceptional, adding that if they could performed excellently well within three days of exposure to wrestling, they would do better after a long period of exposure to the game.
“What we’re doing is to genuinely focus on grassroots development of sports because this is where the talent abounds. The performance of these young wrestlers shows that they have the potentials to make it and improve in the game. We are going to do similar thing in other divisions. The association will take over the tutoring of these 60 wrestlers,” Ogunsanya said.
The Director General emphasized that in the long run Lagos State planned to have in its pool young and promising athletes who will be nurtured to become future stars of not only the state but for the country.
To the Chairman of Lagos State Wrestling Association, Prince Adenekan, there is urgent need for government, private organizations and individuals to support the development of wrestling in Lagos.
Awards and prizes were given to outstanding students wrestlers at the end of the competition. Ikudehindu Abiodun, SS 3 student of Ogunmodede Senior College, Epe was adjudged the best male wrestler, while Ochiko Abraham, a SS 3 student of Army Children Senior High School, Epe was adjudged the best female wrestler of the tournament. [myad]