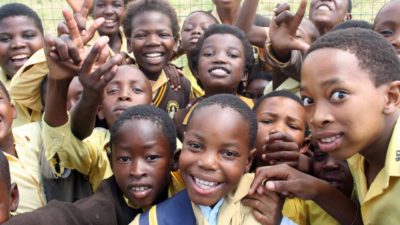 The Sokoto state commissioner of Health, Dr. Balarabe Shehu Kakale has warned that malnutrition on the millions of children in Nigeria is threatening to extinct healthy citizens that are expected to be the leaders of tomorrow.
The commissioner was emphatic that one of the dangerous effects of malnutrition is rendering the victims to suffer from retarded mental development and therefore making such the victims to look stupid and useless.
Dr. Balarabe Kakale spoke on Thursday at the opening of a two-day interactive dialogue on child malnutrition, organised by the United Nations Children Education Fund (UNICEF) for media executives, editors and reporters in print, electronic and online media at the Dankani Guest House in Sokoto.
The commissioner stressed that a country like Nigeria, with wide spread malnourished younger ones is doomed, because such young ones would grow up to be dunce, lacking the necessary Intelligent Quotient to live useful life.
According to him, the danger about malnutrition is that it is not the preserve of the poor and uneducated as erroneously believe in many quarters and neither is it restricted to some parts of the country. He explained that malnutrition is so wide spread that even rich and influential people experience through over-feeding and resultant obesity.
He said that malnutrition now ranks higher than the HIV in terms of immune deficiencies, adding that malnourished children are exposed more to all types of dangerous diseases and deaths than the HIV.
“Malnourished children are stunted both in physical appearances and in terms of brain,”the commissioner said, adding that for a child to be bright and intelligent is not the function of the best school he attends, but the correct early exclusive breast feeding he enjoys right from birth.
Dr. Balarabe Kakale said that Sokoto state government has began to invest heavily on growing nutritional food and other measures that would boost the nutrition of the food the people, especially, children eat.
This was even as the state commissioner for information, Alhaji Andulkadir Jeli Abubakar stressed the urgent need to educate the people about eating healthily, reminding the people about the saying: health is wealth.
He said that for Nigeria to have healthy leaders tomorrow, the government and other stakeholders should rise up and campaign to face the challenge of arresting malnutrition in the children.
Different topics on child malnutrition in the interactive dialogue, coordinated by the UNICEF’s Communication Specialist, Geoffrey Njoku, were treated by UNICEF nutritional specialist, Paul Mudzongo; Coordinator of the African Centre for Media and Information Literacy, Chido Onumah; Head of the Child Rights information Bureau in the Federal Ministry of Information, Mrs. Rose Modu; Dr. Chris Osa. Isokponwu and others.

This was even as UNICEF has warned that 49,000 people in the IDP Camps in Borno state, Boko Haram’s heartland, will die this year if they do not receive treatment.

UNICEF, which is appealing for $308 million to cope with the crisis, said that to date, it had only received $41 million, 13 percent of what it needs to help those affected in the four countries – Chad, Nigeria, Niger and Cameroon – that border Lake Chad. At the start of 2015, Boko Haram occupied an area the size of Belgium but has since been pushed back over the last 18 months by military assaults by the four countries. Most of its remaining forces are now hiding in the wilds of the vast Sambisa forest, southeast of the Borno provincial capital, Maiduguri. UNICEF said that as Nigerian government forces captured and secured territory, aid officials were starting to piece together the scale of the humanitarian disaster left behind in the group’s wake. “Towns and villages are in ruins and communities have no access to basic services,” UNICEF said in a report. In Borno, nearly two thirds of hospitals and clinics had been partially or completely destroyed and three-quarters of water and sanitation facilities needed to be rehabilitated. Despite the military gains, UNICEF said 2.2 million people remain trapped in areas under the control of Boko Haram – which is trying to establish a caliphate in the southern reaches of the Sahara – or are staying in camps, fearful of going home. Boko Haram is thought to have killed as many as 15,000 people since the launch of its insurgency in 2009. Responding to its battlefield setbacks, Boko Haram has turned to suicide bombings, many involving children. UNICEF said it had recorded 38 cases of child suicide bombings so far this year, against 44 in the whole of 2015 and just four the year before that. [myad]