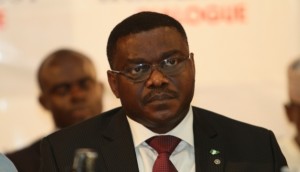 Nano Silva, an experimental drug for the treatment of Ebola Virus, was expected to get to Nigeria by yesterday, Thursday, for the treatment of patients of Ebola Virus Disease at the Infectious Diseases Hospital in Yaba, Lagos.
Nano Silva oral, according to www.indiamart.com, is a dietary supplement providing nano (10nm) scaled silver particles in pure hydro solution. Reports confirm that Nano Silva Oral kills the deadliest bacteria tested so far. US major universities like UC Davis, Kansas, UT have proven the effectiveness of the product in killing thousands of strains of Staphaureus, T.B, Strepaureus, E. Colli, Salmonella, yeast and even anthrax spores and so on. Nano Silva Oral is the only non-toxic product-proven to kill anthrax spores.
Test reveals successful efficacy of Nano Cell Silver in combating malaria, bird flu among others.
Nano Ag+ ruptures and penetrates the cell wall membranes and interacts with sulphur and phosphorous compounds of DNA, inhibiting the replication of bacteria. The strong positive ionic charge of silver enhances additional bactericidal effect, thereby killing the bacteria totally. The other well known experimental drug is ZMapp, which was given earlier to two Americans infected with virus. WHO opened the door for experimental Ebola drugs earlier this week, after a panel of ethicists it convened condoned such treatments because of the challenges of controlling the outbreak that has killed more than 1,000 people.
The Nigeria Minister of Health, Professor Onyebuchi Chukwu, had said earlier at a news conference in Abuja that Nano Silva was offered to the country by a Nigerian. According to him, the decision to use the drug on the EVD patients is in line with the protocols of the National Health Research Ethics code.
“What is new in the treatment is that in the last briefing, we told you of a Nigerian who had already offered the country one of the experimental drugs, the Nano Silva.
“Hopefully, today(Thursday), the drug would reach the treatment centre. It follows all the protocols as governed by the National Health Research Ethics codes of this country in using the Nano Silva as part of the treatment regimen.
“We are also in touch with the WHO to see how we can have the buy in, in the experimental drugs with the WHO. We have been in touch with various centres in the world.
“Hopefully, more of the experimental drugs will be available to be vetted by our committee (the Research Group) which was set up by the government two weeks ago to coordinate not only research, but all claims in terms of treatment.”
Meanwhile, a Nigerian contagious disease expert, Dr. Simon Agwale, had said that Nano Silva had proven effective against viruses, bacteria, and parasites.
“It may be also a source of a cure” for Ebola patients, Agwale said. [myad]