Home FEATURES Nigeria No Longer The Happiest In The World, Survay 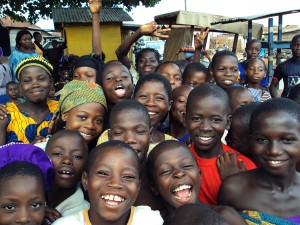 A survey by the United States-based Jetpac has pushed Nigeria from the number one position as the happienst country in the world to Number 58 and even number six in Africa.
Nigeria was rated the happiest country in the world just a few years ago, but today, has dropped out of the top 50 and even beaten by five other African countries in a new survey of the world’s happiest countries.
A statement released today in California by Jetpac to mark the International Day of Happiness, showed South Africa, Angola, Egypt, Ghana and Tunisia ahead of Nigeria on the scale of happiness. Nigeria, however, beat Morocco, Kenya, Tanzania and Mauritius.
The survey involved 12 countries, with Brazil at the top and Japan bringing up the rear.
Jetpac said the ranking is based “not by how happy people say they are, but by their actual smiles.”
It added: “Finding the Happiest Countries in the World took doing image processing on over 150 million Instagram photos to count and size the smiles on people’s faces from all the cities in the World. From counting the pixels, we were able to come up with a Smile Score for every city in every country.
“Smiles on the faces of millions of people in millions of photos are the most direct measure we have of happiness. Previous attempts to measure happiness have relied on survey questions or indirect measures.” Jetpac is identifying smiles on faces and then measuring the shape and size of the smile – a small grin doesn’t score as highly as a broad smile. “Smiling for the camera seems to be a cultural norm for a country.”
Below are the happiest countries in Africa, the score of each and position in the world:
6. Tanzania 17.0
104. Mauritius 14.7
1. Brazil 60.5
2. Nicaragua 59.4
3. Honduras 53.9
4. Colombia 49.8
5. Bolivia 48.1
6. Costa Rica 47.5
7. Venezuela 47.0
8. Philippines 46.0
9. Guatemala 42.0
10. Mexico 40.3