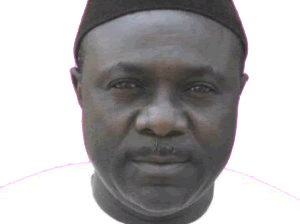 Minister of Nigeria’s Federal Capital Territory (FCT), Senator Bala Abdulkadir Mohammed has described the slain Managing Editor, Northern operations, of the New Telegraph Newspaper, Mallam Suleiman Bisalla as an outstanding journalist who practiced the journalism profession in line with its guiding ethics and principles.
Suleiman Bisala was identified as one of the victims of the bomb blast, by suspected members of the dreaded Boko Haram, which occured at the Emab Plaza, Wuse II, Abuja yesterday. His elder brother, Mohammed Bisala, who confirmed the death and said that Suleiman’s corpse was found at the Maitama Hospital mortuary.
In a statement by his special assistant on media and publicity, Nosike Ogbuenyi, the minister noted that there are valuable lessons to be learnt from the life of Suleiman Bisalla.
According to him, humility, hard work, honesty and integrity were the guiding principles of the deceased, even as he advised the younger generation of journalists to emulate his sterling qualities by shunning blackmail and sensationalism.
Senator Bala said he was greatly saddened by the news of the death of the Editor who he described as a humble and thorough-bred journalist.
“From the information I gathered about the late Suleiman Bisalla, I can confidently state that he was an exceptional professional journalist who always stood for the truth and objectivity in the discharge of his duties. He certainly left positive imprints, which will make his memory to endure for many years to come.”
He said that the late Editor did not die in vain as his dedication to the unity of the country and peace would triumph over the dark activities of his killers and their collaborators, adding that although those who took away Suleiman Bisalla could kill the flesh, but they cannot kill his spirit.
Earlier, the minister had condemned the bomb blast and said that it was a savagery act even as he directed free medical services for all those injured.
The minister who spoke when he visited the scene of the bombing immediately it occured, as well as the Maitama District Hospital, Abuja where most of the injured were receiving treatment, restated his directive for stricter security in all public places and other soft targets which usually witness large gathering within the FCT.
He said that the security plans of action are being developed to forestall any attack by insurgents, describing the incident as most unfortunate.
He commended the security agencies for their efforts in combating terror in the FCT and pledged more support by the FCT Administration.
Senator Bala also praised the emergency services, especially the National Emergency Management Agency (NEMA) and the FCT Hospital and Human Services Secretariat for rising promptly to the occasion.
The Secretary of FCT Health and Human Services Secretariat, Dr. Demola Onakomaiya told the minister that the injured ones were rushed to Maitama, Asokoro, Wuse and National Hospital by emergency workers.
He added that the victims of those who died had also been deposited at the various morgues in these hospitals.
The Nigeria Police Force Public Relations Officer, Mr. Frank Mba said that arrests have been made by the security forces in connection with the bombing.
The FCT Minister of State, Oloye Olajumoke Akinjide, the FCT Permanent Secretary, Engr. John Chukwu, the Force PRO, Mr. Frank Mba, the Director of State Security Services (DSSS) in FCT, Mr. John Okojie and other officials were with the minister during the visits.