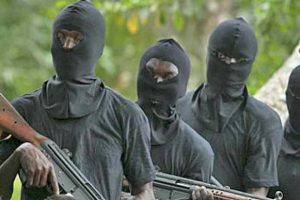 A high-powered Police Investigation Team deployed in synergy with the State Criminal Intelligence and Investigation Department to carryout discreet investigation into the banks robbery, in Offa, Kwara state, have arrested 12 prime suspects.

According to a statement by the Force Public Relations Officer in Abuja, ACP Jimoh Moshood, those arrested including the nine suspects who were directly involved in the Banks Robbery and attack on a Police Station in Offa, Kwara State.

He gave the names of those arrested as 29 years old Adegoke Shogo, a native of Offa. He was said to have been arrested in Offa after the bank robbery and the attack on the Police Station.

The police said that Adegoke is also drug baron as well as an Indian hemp dealer in Offa. According to intelligence gathered from cultivated and reliable informant, Adegoke is alleged to be one of the sponsors of the robbery attack and the Police Station in Offa, and that he has made useful statements to the roles he played in the armed robbery.

Another one is 35 years old Kayode Opadokun, who is a native of Offa. He was found out to have been released from Prison Three months ago after serving only eight months of his sentence years for armed robbery. He was said to be a notorious armed robber and confirmed gang member of the Offa bank robbers.

The police said that a barrette pistol and six rounds of live ammunition were recovered from him. He has admitted to the criminal roles he played in the Offa banks robbery.

“Three (3) suspects namely Azeez Salawudeen 20yrs, Adewale Popoola 22yrs and Adetoyese Muftau 23yrs from whom Two (2) phones and SIM cards belonging to victims were recovered have also made confessional statements admitting to the various roles they played in the commission of the crime.” [myad]