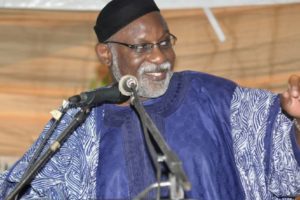 The candidate of the All Progressives Congress (APC), Oluwarotimi Odunayo Akeredolu, polled a total of 224,842 votes to defeat 27 other candidates in the governorship election, held in Ondo state yesterday, Saturday, November 26.
The results were declared today, Sunday by the Returning Officer of the Independent National Electoral Commission (INEC), Professor Abdul Ganiyu Ambali.
The result showed that Rotimi Akeredolu was followed by the Peoples Democratic Party (PDP) candidate, Eyitayo Olayinka Jegede, who polled a total of 150,380 votes while, Olusola Alex Oke of the Alliance for Democracy (AD) in third place scored a total of 126,889 votes.
Declaring the result, Professor Abdul Ganiyu Ambali, said: “Oluwarotimi Odunayo Akeredolu, having fulfilled the requirements of the law and got the highest votes is the winner and is returned elected.”
The state has a total of 1,647,973 registered voters and 584,997 were accredited for the election while a total of 580,887 votes were cast.
A total of 551,272 votes were valid and 29,615 votes were rejected across the eighteen (18) Local Government Areas in the state.
Here under is the full result with figures as declared by the Commission. [myad]