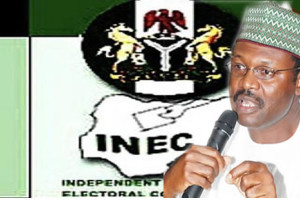 No fewer than 20 political parties have called on the Independent National Electoral Commission (INEC) to postpone the November 26 governorship election in Ondo state.
Rising from an emergency meeting held at the national secretariat of Labour Party in Abuja, the nation’s Federal Capital today, Monday, the parties anchored their demand on security concern.
The parties therefore, warned that Nigeria cannot afford to have Ondo State engulfed in avoidable political crises.
The National Chairman of LP, Abdulkadir Abdulsalam read their positions at a oint press conference attended by all the chairmen and key national officers of the 20 parties.
The text of the press conference, titled: “THE URGENT NEED FOR SHIFTING THE ONDO STATE GOVERNORSHIP ELECTION DATE TO AVOID THE INEVITABLE CRISES,” reads in part:
“Just a few months ago, in the Edo governorship election, INEC upheld the candidacy of the Senator Markafi-led faction of the PDP as the authentic group to file a candidate for the party. Now, in the Ondo State governorship election slated for Saturday, 26 November, 2016, the same electoral umpire is upholding the governorship candidacy of the Senator Sheriff-led faction of the party, under the guise of “obeying Court Order”.
“This quagmire must be resolved by the courts, even if this drags on to the Supreme Court, before any meaningful governorship election can take place in Ondo State.
“If INEC is brazenly intimidated into abdicating its rudimentary function of monitoring and certifying the validity of party primary elections for the selection of candidates, and instead acquiesce by allowing the court to arbitrarily pick candidates without INEC-monitored primaries, then our democracy is becoming gravely injured, needing urgent ambulatory care and political surgery.
“This is because some callous Nigerians of wealth may simply ignore all the electoral rules with impunity, approach the courts and obtain uncontested court orders foisting themselves as election candidates of their parties without due process. What an ugly narrative of our democracy and jaundiced electoral system that would be!
“Another critical concern is the growing level of violence and insecurity in the Ondo political environment precedent to the governorship election on Saturday. In recognition of this ugly fact, we also take this opportunity to call on the relevant security agencies (the Police, DSS, NSCDC, etc.) to immediately put pressure on INEC to shift the election date to a possible date after the court processes have been completed, but within the constitutional provisions, to guarantee peaceful and healthy political environment for the election.
“It is important to note that the political parties fielding candidates in the Ondo governorship election fill very in secured hard-pressed to campaign freely and unfettered in the present fragile and volatile environment. The situation will obviously affect the electoral outcome, possibly leading to another “inconclusive election” in recent times. Moreover, given the above situation, the electorate in Ondo State is not fully sensitized for the election that has not offered room for robust election campaign, debates and gravitas of election.
‘The people will definitely be short-changed if they elect their governor based on apparent opaque electoral information, which will amount to blatant rape of democracy and handing out the “mandate of the minority” for the victor or winner, if INEC does not shift the polling date, as canvassed here. This uncharitable, uncharacteristic and inelegant testament of governorship election will be quite regrettable for a politically resourceful people of Ondo State.
“We strongly posit that Nigeria cannot afford to have Ondo State engulfed in avoidable political crises orchestrated by a few individuals ardently manipulating the electoral process through court processes with uncanny and perverted personal interest. A scenario where the governing party in the state is steeply mired in court, determining the candidacy of the party for governorship election, does not bode well for our democracy, and definitely not for the state.
“For INEC to live up to its billing, reputation and goodwill, it must not be railroaded into holding elections in a visibly fractious political environment that portends of crises, political shenanigans and disputations, and all vestiges of electoral malfeasance, most of which can be avoided by shifting the poll date.
“We are aware that some people who benefit from the crises situation in Ondo will vehemently oppose any consideration for shifting the election date. We only call on them to take notice of the fact that elections are considered free, fair and acceptable only when the rules are followed, as we cannot afford to govern an irate citizenry eager to explode at slightest provocation, stemming from the fact that they see the government as politically fraudulent.
‘The integrity of the process must be respected to earn the respect and confidence of the citizens. So shifting the election date to be conclusively determine (by the Supreme Court) who flies the flag for the governing party is only a small price we pay for peace and stability in Ondo State. We must allow some time (after the court verdict) for frayed nerves and tension to begin the soothing process of easing, for true and fair elections to hold in Ondo State.
“The unrelenting efforts by some elements to frustrate the speedy adjudication of the cases by the Court of Appeal point to the fact that there are covert plans to drag the cases past the Election Day (26 November, 2016), thereby influencing and corrupting the election outcome and result.
“This is the issue and concern INEC must consider and discourage the dastardly electoral behaviour that may spread into the future elections in the country, if unchecked now. INEC must realize that it has a symbiotic responsibility with political parties to produce elected leaders for Nigeria.
“It must remain steadfast and resolute to that responsibility by not allowing threats, intimidation, harassment or connivance colour its decisions and judgment.
“Shifting the election date to accommodate the conclusion of the relevant cases in the Court of Appeal and Supreme Court will be a great service to our nation and democracy, and Ondo State in particular.”