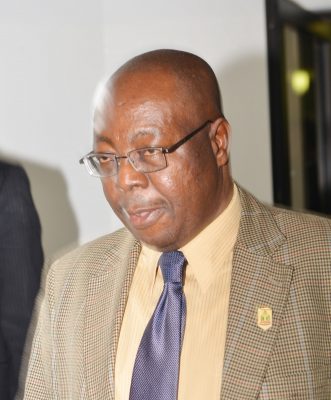 Acting President Yemi Osinbajo has asked a Bayelsa State born  Matthew B. Seiyefa to take over the running of the Department of State Security (DSS), in acting capacity following the sacking of Lawal Daura today,  Tuesday.

In a terse statement by the senior special assistant to Osinbajo on media and publicity,  Laolu Akande,  Seiyefa will hold forth until a substantive DG is appointed.

The new acting DG, according to the statement, was before his new appointment, the most senior director in the DSS, as Assistant DG.

The statement said that he was also the Director of the Institute of Security Studies, Abuja.

“With about 34 years of experience, Seiyefa has served in different capacities, including the State Director in Osun, Akwa Ibom, and Lagos States.  Seiyefa is also a member of the National Institute.”

The sacked Lawal Daura was asked to hand over the running of the office to the next most senior officer in the department.

Lawal’s sack by the acting President was not unconnected with the invasion of the National Assembly by men and offer of the secret security agency, considered to be embarrassing to the executive arm,  headed by President Muhammadu Buhari.

The acting President vowed that all the security agents who participated “in this travesty will be identified and subjected to appropriate disciplinary action. He described the security invasion of the National Assembly as a gross violation of constitutional order, rule of law and all acceptable notions of law and order. [myad]