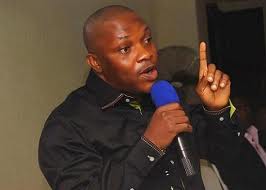 On Saturday, June 21st 2014, the 732,106 registered voters in Ekiti State, Southwest Nigeria, comprising 371, 419 females and 360, 747 males, were asked to go to the State’s 2,195 polling units and 177 electoral wards to choose the next governor of their beloved State. This is on account of the expiring controversial court restored electoral mandate of the incumbent governor, Dr. Kayode Fayemi of the ruling All Progressives Congress (APC), who leaves office around October 2014, having started governing the State in October 2010. In announcing the poll’s results on Sunday, June 22nd 2014, the Independent National Electoral Commission’s chief returning officer and vice chancellor of the Federal University of Oye-Ekiti, Prof Isaac Asuzu, declared Mr. Peter Fayose of the opposition Peoples Democratic Party (PDP) winner with 203, 090 votes, as against the incumbent governor’s 120, 433 votes. A total of 348, 656 valid voters voted in the poll out of the total registered voters of 732, 106. Mr. Peter Fayose also scored the constitutionally required majority votes in the entire 16 LGAs in the State.

Other two important staggered governorship polls in Nigeria had earlier taken place in another Southwest State of Ondo and Southeast State of Anambra. In that of Ondo State, held on 20th October 2012, the incumbent governor, Dr. Olusegun Mimiko of the Labour Party, scored 260, 199 votes to beat his two main rivals: Barr. Olusola Oke of the PDP, who got 155,961 votes and Mr. Rotimi Akeredolu, SAN of the APC, who scored 143, 512 votes. In the said poll, out of 1, 638, 950 registered voters, a total of 624, 659 voted, out of which, 30, 145 votes were invalid and 594, 244 were valid votes. Governor Mimiko also secured the constitutionally required majority votes in 13, out of 19 LGAs in the State. He became governor on account of court restoration of his electoral mandate in early 2009. He was first sworn in on 24th February 2009.

In the case of Anambra State, its staggered governorship poll took place on 16th and 30th November, 2013. At the end, Mr. Willie Obiano of the ruling All Progressives Grand Alliance (APGA) was declared winner by the INEC’s chief returning officer and vice chancellor of the University of Calabar, Prof Epoke, with 180, 178 votes. Mr. Tony Nwoye of the PDP came second with 97, 700 votes and Dr. Chris Ngige of the APC came third with 95, 963 votes. The poll was conducted in 4,608 polling units and 326 electoral wards. Out of the total registered voters of 1, 776, 167, a total of 442, 242 people voted, out of which 16, 988 were declared invalid votes and 425, 254 were valid votes. Governor Obiano also secured the constitutionally required 25% votes in 19 LGAs and won majority votes in 16 out of the 21 LGAs in the State. Anambra State, courtesy of former governor Peter Gregory Obi was the first State in Nigeria to earn judicial restoration of its stolen electoral mandate in March 2006 per Enugu Division of the Court of Appeal.

Restoration Of Sanctity Of The Ballot Box: With the successful conduct of the three staggered State governorship polls under reference, sanctity of the ballot box is gradually being restored on Nigerian electoral polity. The outcome of the Ekiti State governorship poll has, again, shown that elections are not won on the pages of newspaper or by enormity of media propaganda or noise-making. It also shows that the era of elitist politics is steadily fading in Nigeria. Such popular outcomes witnessed in the Ekiti State governorship poll had earlier taken place in Ondo in October 2012 and Anambra in November 2013. The great people of Ekiti State like their Ondo and Anambra counterparts have adamantly refused to be contaminated by the propaganda virus of the Africa’s noisiest opposition political party in Nigeria. This is the most striking thing about the giant strides at restoring sanctity of the ballot box on the country’s electoral polity. When the voice of the majority spoke in Ondo in October 2012, the Africa’s noisiest opposition political party called it “armada of electoral rigging”.

When they spoke again in Anambra in November 2013, they said it was a charade and continuously made negative reference to it both locally and internationally until few hours into the Ekiti poll, which it horribly lost out. Now that the same majority voice has spoken in Ekiti governorship poll of June 2014, Nigerians are waiting to hear another labeling to be hung on the neck of the popular poll’s outcome. When they lost in Ondo in October 2012, they relocated to the pages of newspaper and screens of politically oiled television stations and radios. When their propaganda refused to make public relevance, they filed papers in court and took over the functions of its proceedings on the pages of newspaper and visual/audio media, yet at the end, their arguments became “orbiter dictum” and woefully failed the litmus test of “ratio decidendi”. In Anambra, the riggers became the rigged and Anambra People became the winners.  They cried and ran to the court of first instance for “justice”, but the court in her hallowed wisdom, sent them packing.

While we congratulate the great people of Ekiti State for courageously making their best electoral choice by electing Mr. Peter Ayodele Fayose and rejecting the outgoing governor, Dr. Kayode Fayemi, we renew our earlier call on the leaders of Civil Society organizations in the country, particularly those who said they are working for pro-democracy and pro-civil rights organizations to change the concept of engaging the electoral processes. Paying much attention to “poll monitoring” and less attention to pre-poll advocacy activities is a defeatist and archaic concept. We understand that much energy is dissipated on poll monitoring on account of its huge foreign currency inflows, but CSO advocacy activities should be taken beyond the boundaries of concept of “business enterprise” and rooted in “service to humanity”. This is what is behind the invention of “NGO” in 1839 with the formation of “Anti Slavery International” as the world’s first NGO.