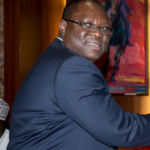 The Permanent Secretary in the Federal Ministry of Finance, Mahmoud Isa-Dutse has said that with the discovery of thousands of ghost workers in various ministries an departments, the Federal Government has been able to save about N20 billion monthly.

Speaking to newsmen in Abuja on the sideline of a workshop on cost management, organized for Directors and top civil servants of Federal Ministries, Departments and Agencies by the Efficiency Unit of the Ministry of Finance, Mahmoud said that the drastic reduction in the cost of monthly wages was from N165 billion to N145 billion.
He said that this was done with the assistance of the Presidential Committee on Audit of MDAs, adding that the committee had the responsibility of continuous auditing of MDAs’ salaries and wages.
Mahmoud had earlier declared the workshop open on behalf of the Minister of Finance, Kemi Adeosun during which time the minister said that the present administration is interested in cutting costs and giving value for money spent.
Adeosun said that the main aim of the workshop was to sensitize public officials to cost and share with them some tools to manage the cost, adding: “it is basically to train on how, as a government, we can manage our cost better.
“It is not only imperative that we look at ways to generate more money for government, but at the same time we must also manage our cost more efficiently.
“As we have seen even though revenue has gone down in the last couple of years, expenditure, particularly overhead has not gone down correspondingly and that has created fiscal pressures for government.
” What we are doing is to look at whatever ways we can to generate more savings for government to be run more efficiently.
“We want the savings realised from the efficiencies to be channeled into higher priority areas like infrastructure and social welfare spending.”
Head of the Efficiency Unit, Patience Oniha, said that in the last one year the unit had saved the government about N15 billion, adding that savings were from overheads and reduction in excessive foreign travels and other allowances.
The Head of the Efficiency Unit said that more funds would be saved by consciously eliminating waste of government resources.
She said that the unit was working on several other items to be added to the list of cost cutting items. [myad]