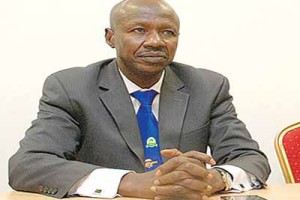 The Senate may confirm the appointment of the Acting chairman of the Economic and Financial Crime Commission (EFCC), Ibrahim Magu on December 5 this year. It rescheduled the screening and confirmation of Magu, to that day.

The Deputy Leader of the Senate, Bala N’allah, who spoke to news men on the issue today, Thursday, said that the postponement of the exercise from December 8 to 15 became necessary to allow for a full house to convene.

According to him, lawmakers who traveled out of Abuja for official assignments requested the postponement pending their arrival to enable them participate in the confirmation process.

“The Senate is normally guided by the time frame of the work. We agreed that today will be the confirmation of the EFCC Acting Chairman, Ibrahim Magu. But we received a lot of calls from senators who are away, who want to participate.

“When we looked at the demand and the number we felt it will be wrong for us to proceed, disregarding those calls.

See also:  NatureNews Newspaper Names Emir Sanusi As Chairman Of Its Advisory Board

“We have since written an official letter to the acting chairman fixing Thursday as the day for the confirmation hearing of his appointment.”

On why Magu’s confirmation had lingered for more than five months, N’allah said the senate had other matters of priority to attend to.

“Anybody who is familiar with the normal procedure of governance would have known that there are certain procedures that need to be taken for candidates to be confirmed. Whatever we do is always subject to interpretation but what is important is that a date has been fixed.”

The Presidency had in July, written to the Senate seeking the screening and confirmation of Magu as substantive chairman of the commission.

President Muhammadu Buhari appointed Magu as acting chairman of the EFCC after the removal of Ibrahim Lamorde on November 9, 2015.

Before his appointment, Magu was the Head of Economic Governance Unit of the commission.

If confirmed, Magu will be the fourth head of the anti-graft agency, after Nuhu Ribadu, Farida Waziri and Ibrahim Lamorde.