Home FEATURES How Senator John Shagaya Died In Auto Crash; Who Is Shagaya? 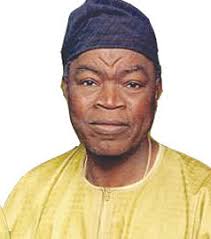 General Shagaya was recently appointed as the Chairman National Institute for Policy and Strategy Studies (NIPSS) by President Muhammadu Buhari.

A family source confirmed in Jos that the former Senator died in a ghastly motor accident on his way to Jos from Langtang on Sunday.

After Graduation from the Nigeria Military school, Zaria, young Shagaya got posted to the Nigerian Army Corps then (Recce Squadron) before attending the first short service Combatant Commission Course at Nigeria Defence Academy (N.D.A) Kaduna, in 1967. He was posted to 3 Marine Commando upon commission in the rank of Second Lieutenant where he participated in the Nigeria Civil War from1967-1970.

After the civil War, John started a long and successful march to command a West Africa Multinational Force (ECOMOG) as a Major General. He became the first Field Commander to chair the Conference of the Joint Chief of Staff of the enlarged ECOMOG having Commanded the 1st Mechanized Division in the Nigerian Army including a Platoon, Company, Battalion and Brigade.

Senator John Shagaya is the longest serving member of the Federal Minister of Internal Affairs and a former member, Armed Forces Ruling Council, member of the Police Council and member, National Boundary Commission all between August, 1985-December, 1989. While a Federal Minister, he served as Chairman of the controversial Organization of Islamic Conference (O.I.C) Committee in 1987. The Committee was set up to resolve Nigeria’s alleged Permanent Membership of the O.I.C.

Other important military appointments held during Shagaya’s military career include; The Military Secretary Army, Army Headquarters, Directing Staff Command and Staff college- Jaji, Director of Cadets- Nigerian Defence Academy, Grade Three staff officer Nigeria Army School of Infantry- Jaji. He was described throughout his career by his superiors and assessors as the soldiers’ soldier. He was one of the few Nigerian Military Officers who, between the rank of 2nd Lieutenant and Major General, attended every professional course commensurate to that age and rank. His performances at military Institutions in USA earned him the Honorary Citizenship of six states. At the Royal college of Defence Studies (1990), he became the second Nigerian to earn an academic prize for his research work, the first being the Late General ID Bissalla in 1974. On 16th November, 2000, Shagaya was conferred with the National Honour of ‘Officer of the Order of the Federal Republic’ (OFR) by the President and Commander-In-Chief of the Armed Forces of Nigeria, Chief Olusegun Aremu Kikiola Obasanjo. He was elected Senator representing Plateau South Senatorial District on the 21st of April, 2007 under the Peoples Democratic Party (PDP) platform.

In addition to being an active politician, Senator Shagaya OFR was Director of Lion Bank (Nig.) Plc between 1998-2003. Senator John Shagaya has just concluded work on a book, ‘The Tarok History’ after having already published and presented two other books, ‘Governance in Nigeria’ ‘The IBB ERA’ an Insider’s View and ‘The Ministry of Internal affairs an Overview’. He has participated in many international seminars on Peace Keeping such as ‘The ECOMOG Experience’ and ‘Conflicts and Resolutions’.

His Educational, Military qualifications, Awards and Decorations include: