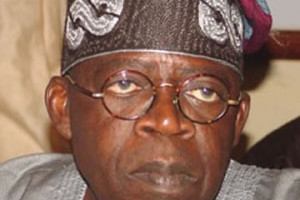 Nobody offered any reason for their absence, even as the Chairman of APC Governors’ Forum, Rochas Okorocha, assured the party’s candidate, Rotimi Akeredolu at the rally that the party is behind his candidature.

“Ondo State must join the progressives states in Nigeria, therefore we must vote for him and he will win the election. Akeredolu rejected federal appointments because he loves you people. He wants to serve you, so vote for him.” [myad]