Home FEATURES Trump Presidency: Turkey Warns Its Citizens Not To Travel To America 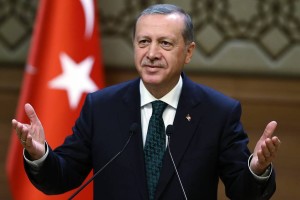 Turkey has issued a travel warning to its citizens against traveling to the United States of America, citing the ongoing protests against the election of Donald Trump as President.

“Turkish citizens should stay away from demonstrations in the US cities, take necessary security measures at their homes and work, and inform security officials immediately in possible racist abuse or attacks.”

Anti-Donald Trump demonstrations “occasionally featured acts of crime and violence,” the statement said, adding that “based on demonstrators’ social media posts, it’s clear the demonstrations will likely continue for some time.”

The move came after the US State Department issued its travel warning on Turkey in October, ordering family members of consulate employees in Istanbul to leave the country due to threats against US citizens.

At the time, Turkey’s foreign minister criticized the move and said that the American decision was wrong.

“Istanbul or Ankara is not more unsafe than any US state. On the day that the Americans announced this security measure, 12 people were killed in the city of Chicago alone.”

Turkey, along with several other countries in the region, have repeatedly complained over Western hypocrisy and unnecessary meddling when it comes to issues of human rights. [myad]