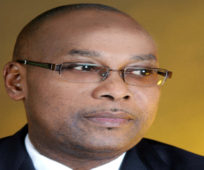 A member of the All Progressives Congress (APC), United Kingdom chapter, Ibrahim Emokpaire, has indicated his interest in contesting for the next national chairmanship of the party.

Emokpaire, who made his intention known in a statement today, Friday in Abuja said that he had what it takes to move the party to the next level.

He said that he had the capacity to bring lasting peace to the party and to ensure that it continued in power in 2019 and beyond.

Emokpaire, who is a former chairman of defunct Action Congress of Nigeria (ACN) in the United Kingdom, said that the race for the chairmanship is not going to be “a two-horse race.”

The aspirant, also from Edo State as the National Chairman of the party, John Odigie-Oyegun and another aspirant and former governor of the state, Adams Oshiomhole, is a management consultant.

The National Convention to elect a new national executive of the party has been scheduled for May 14.