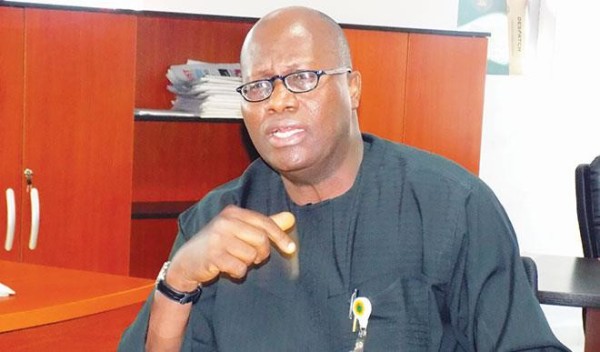 The Petroleum and Natural Gas Senior Staff Association of Nigeria (PENGASSAN) has made it clear that it would not go into dialogue with the Muhammadu Buhari led federal government, even as it vowed to go ahead with its planned strike slated to have commenced by 12:01am on Thursday.
The National President of PENGASSAN, Francis Johnson, who spoke in an interview with the News Agency of Nigeria (NAN) in Lagos, said that the issues at stake have been pending for so long, adding that the government is only trying to apply fire brigade approach to a serious matter.
“We have discussed this matter long enough for the government to address us, but it closed its ears. Now the authorities are calling for dialogue.
“We are ready to work with Mr. President to succeed, but other agencies involved in the discussion were not showing serious concern over the matter and we don’t have any choice than to proceed on strike.”
Johnson said that the inability of the Federal Government to honour its agreements contained in May 12, 2016 communiqué was the reason for calling for the strike, adding that some of the issues including lingering irregular Joint Venture Funding (JVF) and Cash Call Payment (CCP) arrears and lack of a clear cut direction on the Petroleum Industry Bill (PIB).
Others are forceful co-option of government agencies into the Integrated Personnel Payroll Information System (IPPIS) and the spate of redundancy and retrenchment in the industry.
The PENGASSAN president said that several efforts to engage the government to forestall the strike were frustrated and that before now, the union tried to engage the government on May 24, 2016, which was inconclusive.
He said that the engagement was later fixed for June 23, 2016, which did not take place, and again the one scheduled for June 30, 2016 was unceremoniously cancelled with no date given.
“We see this as a deliberate attempt by the government to frustrate the discussion of the myriad of issues raised in the communiqué, which are critical to the survival of the oil and gas industry in the country.
“Among the burning issues raised is that of the Joint Venture Funding/Cash Call arrears, which has stalled new investments and the creation of jobs, and which has consequently brought about massive job losses.
“We have equally noted with great dismay that our tertiary institutions keep churning out graduates with no or very limited job placement opportunities.
“Even for those that are fortunate to have jobs, it has been a tug-of-war getting their salaries paid as when due and are faced with redundancies on a regular basis, especially in the service sector.
“We cannot fold our hands and watch this gradual collapse of our strategic oil and gas industry and its attendant consequences on the nation’s economy.
“This is a sharp contrast to the present government avowed promised to create and retain jobs.”
PENGASSAN had ordered its members to leave their duty posts in all oil installations and offices throughout Nigeria as from 12.01am on Thursday. [myad]