Home FEATURES World Is About To End…Scientists Say Earth’s Sixth Mass Extinction Is On... 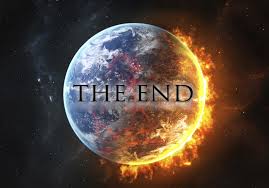 Scientists at the Duke University in the United States have given a frightening signal that the world we live in may soon come to an end sooner than we ever expected.

The lead researcher for the study, Stuart Pimm, said in a Journal Science-So Its Pretty Legit (We Think): “We are on the verge of the sixth extinction. Whether we avoid it or not will depend on our actions.”

Pimm believes that the decline of natural habitats in favour of construction is fuelling the rise, though he did not give a time frame.

“We’re guessing it could happen at any moment,” the scientist said.

He emphasized that the world is on course for its sixth great extinction, insisting that the Earth is facing its next mass extinction far sooner than expected.

Another group of scientists in the US has also has also carried out study that looking at species extinction rates, suggests the decline of the world as we know it is happening TEN times faster than expected.

The scientists found that species are dying out at a rate of 1,000 in every million each year – far greater than the 100 expected rate.

And before humans came along that rate was only one in one million, according to a similar study in 1995. [myad]