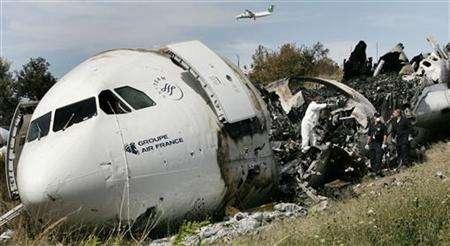 A Germanwings Airbus A320 plane crashed today in the foothills of the Alps in southeastern France.
French Prime Minister Manuel Valls feared that those aboard the flight from Barcelona, Spain, to Dusseldorf, Germany – 142 passengers and six crew members – may be dead. A short time later, Germanwings executives said that there were at least 150 people aboard, 144 of whom were passengers.
French President Francois Hollande also said no survivors were expected. The plane crashed near Digne-les-Bains, in the Alpes de Haute Provence region, Valls said.
“The conditions of the accident are not yet clear but lead us to believe there will be no survivors,” Hollande said.
Spanish King Felipe VI said there was a “high number of Spaniards, Germans and Turks” on the doomed Germanwings flight.
Mariano Rajoy, Spain’s Prime Minister, tweeted that he will return to Madrid, put together a “crisis team” and sends a minister to France.
German Foreign Minister Frank-Walter Steinmeier said the German government had already set up a crisis center in response to the “terrible news” and was in close contact with the French authorities.
“In these difficult hours, our thoughts are with those who have to fear that their close ones are among the passengers and crew,” he said.
Hollande warned that it could take some hours for the emergency services to reach the remote crash site.
The crash happened in mountainous terrain near the Prads-Haute-Bleone community, French police Capt. Benoit Zeisser said.
Because of the terrain, it will be a difficult site for rescuers to access, Zeisser said. A police helicopter is in the area, he said.
The sports hall of a local school for students aged 11 to 14 has been freed up to take in bodies of the victims of the plane crash, Sandrine Julien from the town hall of Seyne-les-Alpes village said.
The school remains open, she said. Seyne-les-Alpes is about 10 kilometers (6 miles) from the crash site on a straight line.
Mountain guide Yvan Theaudin told BFMTV the crash was in the area of the Massif des Trois Eveches, where there are peaks of nearly 3,000 meters (1.9 miles). It’s very snowy in the area and the weather is worsening, he said, which could complicate search and rescue efforts.
Responders may have to use skis to reach the crash site on the ground, he said.
A distress call associated with plane was sent at 10:45 a.m. local time (5:45 a.m. ET), French Interior Ministry spokesman Pierre-Henry Brandet told CNN affiliate BFMTV.
Germanwings Flight 9525 had left Barcelona airport at 10:01 a.m., the airport website said.
Germanwings is a low-cost airline owned by the Lufthansa Group. Lufthansa has gradually been transferring many of its short-haul flights to Germanwings, with the exception of flights operated from its Frankfurt and Munich hubs.
Lufthansa said Tuesday on Twitter that “we do not yet know what has happened to flight 4U 9525.”
“If our fears are confirmed, this is a dark day for Lufthansa. We hope to find survivors,” Lufthansa said on Twitter.
[myad]