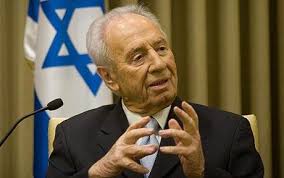 Ziad Abu-Ain, Palestinian Deputy Minister of Prisoners’ Affairs said today that the prisoners had insisted they would go on with their hunger strike until they are released.

He said a data from the Prisoners’ Affairs Ministry said Israel had recently extended the detention orders of 60 per cent of Palestinian inmates under administrative detention.

Abu-Ain said 180 of the 5,000 prisoners in Israeli jails were Palestinians being held in administrative detention.

Last year, the case of Samer Essawi, a Palestinian prisoner who went on the longest hunger strike against Israel, after more than 17 months in jail, garnered international publicity and condemnation which helped lead to his release in December 2013.

The Prisoners Affairs Ministry said Israel had issued 23,000 administrative detention orders since the outbreak of violence in 2000, during the second Palestinian uprising.

See also:  Why We Have Taken Strong Measures Against Social Media – President Buhari

It said in 2012, around 1,500 Palestinian prisoners ended their 28-day hunger strike after Egypt brokered an agreement between the prisoners and Israel to improve day-to-day prison conditions.

However, Palestinian officials have accused Israel of failing to implement the agreement.