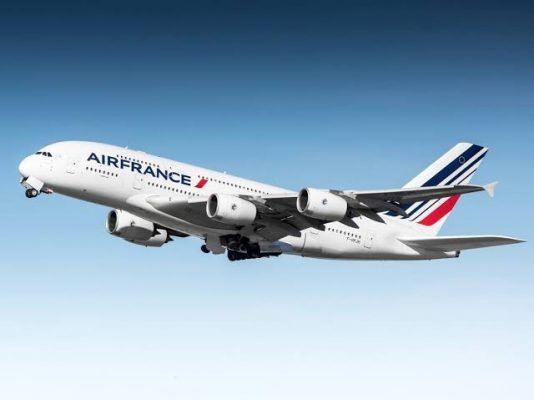 Two pilots in the service of one of the world’s largest airlines – Air France — have been suspended following a mid-air fight in the cockpit.

According to reports, the fight, which resulted to blows, has earned both pilots serious sanctions which included being barred from active flying for now.

The professional misconduct was said to have happened sometime in June 2022 on a flight from Geneva and Paris.

The pilot and the co-pilot of the Airbus A320 had a disagreement that degenerated into a physical fight mid-flight shortly after takeoff while the plane climbed to its cruising altitude.

Although the cause of the fight could not be confirmed at press time, the two men reportedly took each other by the collars and potentially hit or slapped each other before the noise alerted fellow crew members.

A source said the disagreement might be a personal reason or a professional cause such as the co-pilot’s refusal to follow instructions.

One pilot’s version of the events indicated an “inadvertent blow” that led to the escalation of aggression.

The other pilot claimed that it was a slap while the other one alleged the other threw a wooden object in his face.

Upon hearing the noise in the cockpit, members of the cabin crew stepped in to defuse the situation just as the tension died down.

One member of the cabin even stayed in the flight deck with the pilots for the remainder of the journey to ensure peace and record the situation for later review.

The plane, however, landed safely in Geneva with all passengers and crew, without any further interruptions.

A spokesperson for the airline confirmed that the flight proceeded as usual and that the pilots are awaiting a decision by management on their inappropriate behaviour.

He said: “the incident ended quickly without affecting either the conduct or the safety of the flight which continued normally” and specified that the airline had removed the pilots involved from active flying pending a managerial decision.

It was learnt that the incident was not referred to France’s Civil Aviation Safety Investigation Authority, the Bureau d’Enquetes et d’Analyses (BEA), which confirmed it was not notified of the incident as there were no consequences for the flight.

The news of the in-flight fight followed a report by the BEA published earlier this week, which points to several potential safety violations from the carrier, “most notably, a flight on December 31, 2020, from Brazzaville (Congo) to Paris onboard an Airbus A330.”

After a fuel tank leak was discovered, the pilots in question failed to follow standard emergency procedures of shutting down the engine to decrease the risk of the leaking fuel catching fire.

The aircraft successfully diverted, and all passengers and crew disembarked safely.