Home FOREIGN 33 Year Old Man Convicted Of Killing His Father To Inherit His... 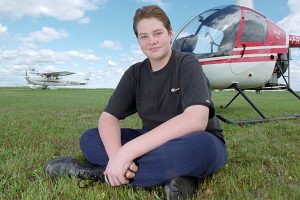 A 33 year old Dellen Millard in Toronto, Canada has been found guilty of killing his 71 year old father for the purpose of inheriting his wealth, including millions of dollar. The father’s death was originally deemed a suicide.

Dellen Millard had pleaded not guilty in the death of his father, Wayne Millard, who was found in his bed with a bullet to the head on November 29, 2012.

Justice Maureen Forestell, who heard the case without a jury, said Dellen Millard carried out a planned and deliberate murder of his father, Vancouversun.com reported

“I am satisfied that Dellen Millard killed his father by shooting him in the left eye as he slept,” she said, drawing applause from some gathered in a Toronto courtroom on Monday. “I can find no theory consistent with innocence.”

Millard was seen crying softly after Forestell delivered her decision.

The Crown alleged Millard killed his father because millions in potential inheritance money was being squandered on a new aviation business for the family company, Millardair. The defence had argued Wayne Millard’s death was a suicide.

Millard had lied to the police after killing the father that the father suffered from depression and was an alcoholic.

“He carried some great sadness with him throughout life that I never knew — he never wanted to share that with me,” Dellen Millard told police.

The murder trial was the third for Dellen Millard, who has been convicted of first-degree murder in the deaths of Toronto woman Laura Babcock and Hamilton man Tim Bosma.

See also:  WTO Job: I Have The Support Of 79 Countries - Okonjo-Iweala

The month-long trial unfolded in June. The Attorney General granted the defence’s request for a judge-alone proceeding after agreeing that Millard’s notoriety, given the Bosma and Babcock murders, would make it impossible to find fair jurors.

The trial heard that Dellen Millard told police he found his father dead in bed around 6 p.m. on Nov. 29, 2012.

He told investigators he last saw his father alive around noon the day before and had stayed the night at his friend Mark Smich’s house.

Phone records indicate one of Millard’s phones moved from Smich’s house around 1 a.m. on Nov. 29, 2012, to his father’s home where it stayed until shortly after 6 a.m.

“I do not believe the statement of Dellen Millard that he stayed at Mark’s,” Forestell said. “I find it was fabricated to conceal he was involved in the death of his father.”

The trial also heard that Dellen Millard bought a handgun found next to his father’s body from a weapons dealer — evidence Forestell accepted.

“I find Dellen Millard purchased the revolver that killed Wayne Millard in July of 2012 and he possessed gun in the months preceding Wayne Millard’s death,” the judge said.