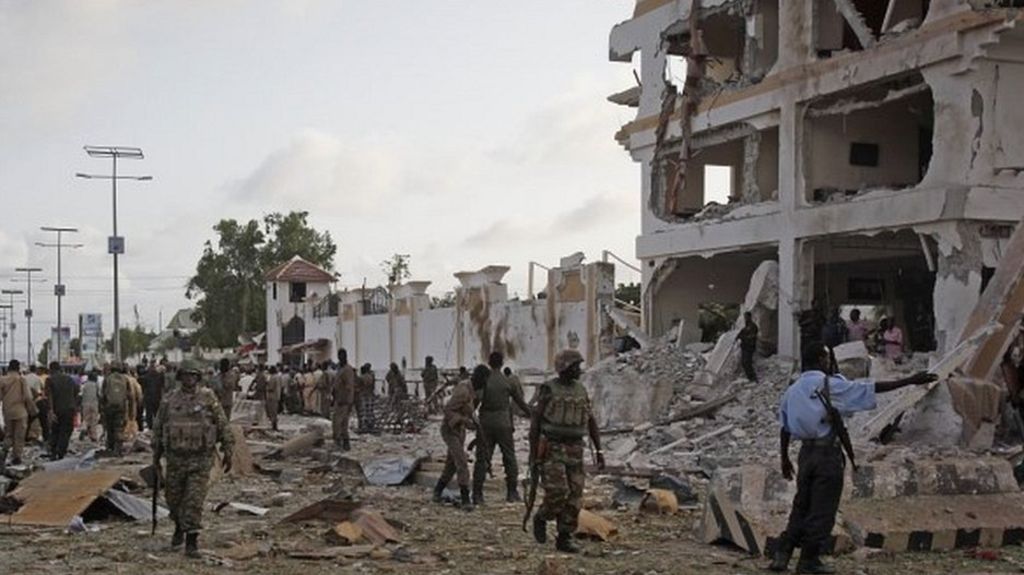 At least five people were confirmed to have died in a bomb blast on Saturday on a hotel in the Somali capital, Mogadishu that was swiftly claimed by Al-Qaeda-affiliated Shabaab militants, police said.

A police official, Ibrahim Mohamed said: “what we know is that there were at least five victims, including three security guards, and that six others were injured.”

The Shabaab group claimed responsibility for the attack in a statement distributed through online social networks.

The assault was led by a suicide attacker driving a car laden with explosives, the Shabaab said in a statement distributed through the Telegram smartphone app.

The attack began at 4:30 pm (1330 GMT) with a powerful blast followed by heavy gunfire. At

The Shabaab swiftly claimed responsibility for the attack, saying in a statement on the Telegram smartphone app that the jihadist gunmen had “managed to fully take control of the hotel.”

“The attack started with a heavy blast carried out by a brother who drove a car loaded with explosives. Gunmen fought their way into the hotel, and we believe that casulaties were inflicted in the enemy’s ranks,” the Shabaab said. [myad]