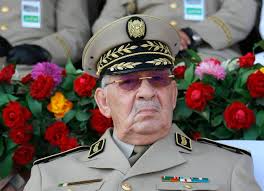 The Algeria’s influential army chief, General Ahmed Gaid Salah, has threatened 82 year old President Abdelaziz Bouteflika, who was struck by stroke and has been on wheel chair since 2013.

The army chief is set to declare the ailing President unfit for office, a move that could pave the way for the ailing leader’s ouster amid weeks of mass protests against his lengthy rule.

The declaration by General Ahmed, in a speech carried on state television, was the latest sign that Bouteflika’s core allies were increasingly seeing his departure as the way to solve Algeria’s biggest political crisis in decades.

Virtually every day, tens of thousands of protesters have marched in cities across this North African nation demanding that Bouteflika should step down.

General Ahmed said: “we must find a way out of this crisis immediately, within the constitutional framework.”

The army chief, who is among the most powerful men in Algeria, added: “the only guarantee for political stability” is to launch the constitutional process that would empower lawmakers to determine whether Bouteflika is fit to exercise the duties of the presidency.

See also:  Those Benefiting From Rent-Seeking Practices In Parallel Market Are After CBN Boss - Spokesman

The 82-year-old wheelchair-bound leader has barely been seen in public since a 2013 stroke and recently spent two weeks in a medical facility in Switzerland.

If the measure to declare him unfit is approved by a two-thirds majority in parliament, Bouteflika would be forced to step down. Then, the president of the Senate would take hold of the reins of government until elections are held.

Buhari Declares War On Bandits In Zamfara, Sends Army After Them