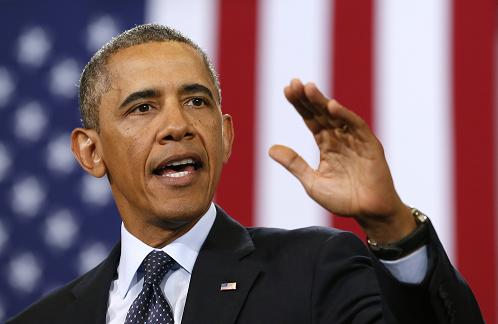 The United States has finally deployed manned surveillance aircraft to Nigeria and is sharing satellite imagery with the Nigerian government to find more than 200 schoolgirls abducted by Boko Haram.
A senior Obama administration official said  that the Washington has sent military, law-enforcement and development experts to Nigeria to help search for the missing girls who were kidnapped by Boko Haram militants from a secondary school in Chibok in remote northeastern Nigeria on April 14.
“We have shared commercial satellite imagery with the Nigerians and are flying manned ISR (intelligence, surveillance and reconnaissance) assets over Nigeria with the government’s permission,” the U.S. official said.
State Department spokeswoman, Jen Psaki told a news briefing yesterday that the U.S. was providing intelligence, surveillance and reconnaissance support.
She said U.S. teams on the ground “are digging in on the search and coordinating closely with the Nigerian government as well as international partners and allies.”
Two U.S officials, speaking on condition of anonymity, said the United States was also considering deploying unmanned, drone aircraft to aid the search.
One of the U.S. officials said that the United States had been carrying out the manned surveillance flights “for a few days” but did not elaborate.
Last week, U.S. Undersecretary for Africa Linda Thomas-Greenfield told Reuters in an interview that Nigeria had requested surveillance and intelligence from the United States.
Nigerian President Goodluck Jonathan has said he believes the girls are still in Nigeria.
The leader of Boko Haram has offered to release them in exchange for members of its group being detained, according to a video posted on YouTube on Monday.