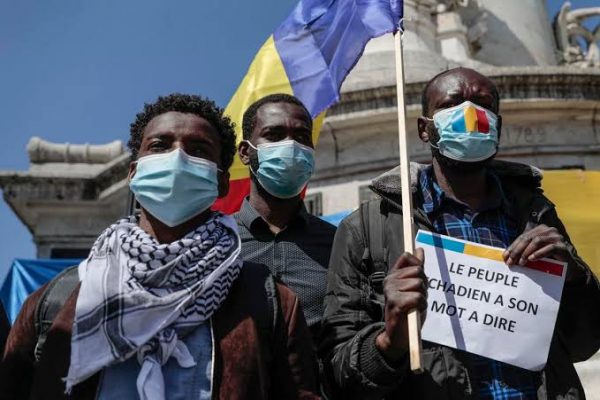 The Republic of Chad is up in confusion with some people publicly protesting against the military takeover of the government following the sudden death of President Idriss Deby Itno last week.

Local media reported today, April 27 that two persons have been killed in the protest, as in most parts of the Chadian capital Ndjamena, the air was filled with teargas and smoke. The protesters burned tyres in several neighbourhoods and the military responded by lobbing teargas and firing the guns.
The African Union had earlier expressed deep concern over the increasing spate of violence, insurrection, rebellion, heightened insecurity and political tensions throughout the Sahel region as well as the neighbouring countries, “all of which are consequences of the conflict in Libya, the increasing operational tempo of rebels, foreign terrorist fighters and mercenaries, as well as the proliferation of illicit weapons.”
The president of the Transitional Military Council, Mahamat Idriss Deby, was billed to  address the nation later, following the protests in the country.