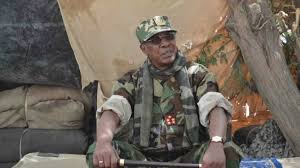 Chadian President, Idriss Deby has asked the factional leader of the outlawed Boko Haram, Abubakar Shekau to surrender as his days are now numbered and will soon be smoked out and killed in his hideout.

President Deby, who made this point as he addressed his countrymen shortly after leading his army in an offensive against the terrorists that left about 100 killed, stressed that Shekau has the chance to surrender now or risk being smoked out of his hideout in Dikoa and he would be killed the same way some of his commanders were killed.

The leader, who spoke in French, said that Shekau cannot hide forever, and that soon, he would be given the same treatment he had been giving to his victims.