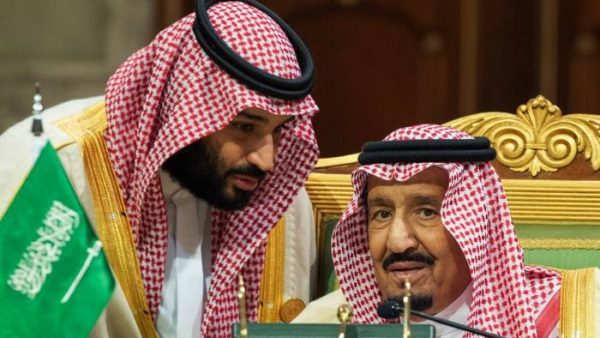 The governor of Riyadh, the Saudi Arabian Federal capital, Prince Faisal bin Bandar bin Abdulaziz Al Saud, has been confirmed to be coronavirus positive and may have been confined to intensive care unit for proper medical attention.

This is even as 84 years old King Salman and  his 34 years old son,  Crown Prince Mohammed bin Salman, the de facto ruler, have retreated on self isolation to an island palace near the city of Jeddah on the Red Sea,

with many of the ministers.

According to the New York Times, several dozen other members of the Saudi royal family have been sickened as well and that doctors at the elite hospital that treats Al-Saud clan members are preparing as many as 500 beds for an expected influx of other royals and those closest to them, according to an internal “high alert” sent out by hospital officials.

“Directives are to be ready for V.I.P.s from around the country,” the operators of the elite facility, the King Faisal Specialist Hospital, wrote in the alert, sent electronically to senior doctors.

“We don’t know how many cases we will get but high alert,” the message stated, instructing that “all chronic patients to be moved out ASAP,” and that only “top urgent cases” will be accepted. It said any sick staff members would now be treated at a less elite hospital to make room for the royals.

As many as 150 royals in the kingdom are now believed to have contracted the virus, including members of its lesser branches, according to a person close to the family.

Saudi Arabia, the world’s largest oil exporter, so far has reported 44 deaths from the coronavirus and 3,287 confirmed cases with 666 recovered.

Saudi health officials had warned that the epidemic was just getting started. The number of infections over the next few weeks “will range from a minimum of 10,000 to a maximum of 200,000,” the health minister, Tawfiq al-Rabiah, said, according to the official Saudi Press Agency.

“This has been a challenge for everyone, and Saudi Arabia is not an exception,” Joanna Gaines, a senior epidemiologist with the United States Centers for Disease Control and Prevention, who works with the Saudi government as part of a longstanding training program, said in an interview from Riyadh.

Coronavirus: Buhari Has Not Been Sleeping – Presidency