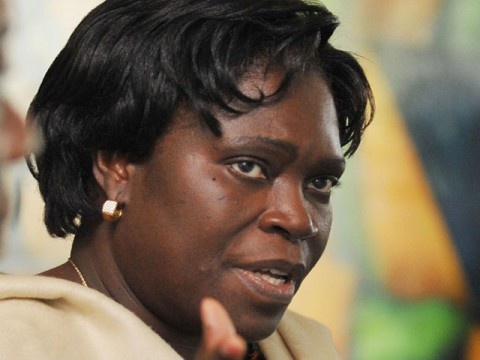 A court in Ivory Coast HAS sentenced former first lady, Simone Gbagbo to a 20-year prison term on charges of “undermining state security” during post-election violence in 2010-2011 that left nearly 3,000 dead.

The trial is viewed as the biggest judicial challenge faced by the post-crisis government of the West African nation.

Violence broke out in Ivory Coast in 2010 when Laurent Gbagbo refused to cede power to his rival Alassane Ouattara, who was declared the winner of a presidential poll.

Laurent Gbagbo himself has been held for three years in The Hague facing charges of crimes against humanity by the International Criminal Court (ICC). But Ivory Coast has repeatedly refused to hand his wife over to the ICC on the same charge.

The presidential couple was arrested April 11, 2011 after five months of fierce fighting following a final push by French forces against their residence.

Fervently Christian but ruthless by reputation, Simone Gbagbo has never sought to deny exercising political influence after her husband rose to power in 2000 elections in which former prime minister Ouattara was barred from standing on the grounds he was a foreigner.

“All the ministers respect me, and they often consider me above them. I’ve got what it takes to be a minister,” she told the French newsweekly l’Express in 2001, justifying her stance after a life she said had been dedicated to activism.

“I engaged in political struggle against the former regime alongside men. I spent six months in prison, I was beaten, molested, left for dead. After all those trials, it’s logical that people don’t mess with me.”

A key issue in her trial was whether she played a part in directing the death squads that ran amok in the weeks after the disputed vote.

Judicial authorities argued that the proceedings were a test of the west African country’s capacity to conduct a fair trial, while contributing to national reconciliation.

As observers noted at the December 26 opening of her case — when Gbagbo appeared in a bright yellow dress, carefully plaited hair and a defiant air — she is not inclined to wilt in the face of adversity.

Born in the predominantly Christian south in 1949 as one of 18 children of a policeman, she studied linguistics and history before becoming a trade union activist.

she told a joyful crowd after her husband

rejected electoral defeat. “God has already given us victory.”

Her militancy led to a jail term in the 1970s for openly criticising then President Felix Houphouet-Boigny — Ivory Coast’s first leader after independence from France in 1960 — when he rejected opposition calls for multi-party elections.

She and Laurent Gbagbo married in 1989 after founding the opposition socialist Ivorian Popular Front (FPI), and she was later elected to parliament in the world’s leading cocoa producer.

Her husband sought to change relations with former colonial master Paris, arguing that previous regimes had been servile, and the first lady proved a fierce critic of “neo-colonialism”, once famously describing France’s former president Nicolas Sarkozy — a main mover in her husband’s downfall — as “the devil”.

Supporters of Simone Gbagbo’s commitment to political causes hailed her as “the Hillary Clinton of the tropics”.

But for detractors, the “Iron Lady” became the “Blood Lady”, amid allegations by human rights activists that the regime used teams of killers to deal with opponents.

Those concerns were reinforced when she was implicated by a French judicial inquiry into the sinister disappearance of French-Canadian journalist Guy-Andre Kieffer in Ivory Coast in 2004.

Gbagbo frequently mingled politics with the evangelical faith she practised after “miraculously” surviving a car crash and starting prayer meetings at the presidential palace.

“God is on our side, God is with us,” she told a joyful crowd after her husband rejected electoral defeat. “God has already given us victory.”

Families of victims have said previously they cannot win even if Gbagbo is convicted by a domestic court, while rights monitors had been keen to see how far the trial may venture in tackling crimes against humanity on home ground. [myad]