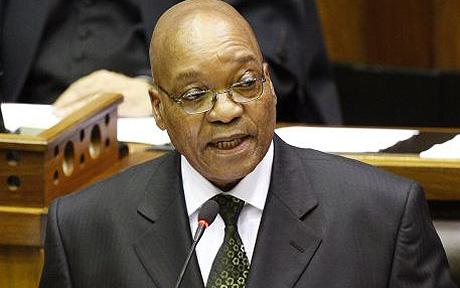 “There’s no longer any space for democratic debate. The only space there is for court arguments by lawyers. That’s not democracy.”
These were the words of the former South African President, Jacob Zuma when he spoke to newsmen today in his first public appearance since investigators documented signs of government corruption.
Zuma, who is being investigated over alleged fraud when he was in office, said that he is not afraid to go to prison because he had been jailed during apartheid.
The Public Protector, an anti-graft watchdog, said in a report last week that a judge should investigate whether Zuma, cabinet members and some state companies acted improperly in their dealings with wealthy Indian businessmen.
The Gupta brothers, Ajay, Atul and Rajesh, who are friends of Zuma and work with his son, have been accused of influencing cabinet appointments and securing sweetheart government tenders. Zuma and the Guptas deny any wrongdoing.
Thousands of protesters called for the president to resign after the 355-page probe was released and some opposition politicians said Zuma should face criminal charges.
“I’m not afraid of jail. I’ve been to jail during the struggle,” Zuma told a cheering crowd in his home Kwa-Zulu Natal province.
Zuma spent 10 years as a political prisoner on Robben Island with Nelson Mandela during white-minority rule.