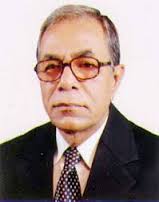 A rescue operation is underway in central Bangladesh after a ferry carrying up to 250 passengers capsized while crossing a river. Scores of people are said be missing.

Reports said the vessel, the MV Pinak, was crossing the River Padma in Munshiganj district, around 20 miles from the capital Dhaka, when it ran into problems.

Local media reports said that up to 250 people – or even more – may have been onboard at the time. Fire and rescue crews were hurried to the scene in an effort to save people who had fallen into the water. One unconfirmed report said up to 50 people had been rescued by early afternoon local time and that two bodies had been recovered.

Samsuddoha Khondaker, chairman of the Bangladesh Inland Water Transport Authority, said that he was unsure of the number of passengers who were being transported or what may have caused the accident.

Such accidents are all too commonplace in Bangladesh as a result of safety standards being ignored and intense overcrowding onboard such vessels, especially in rural parts of the country where they are an important and even essential form of transport. In May, about 50 people died in the same district in a ferry accident. [myad]