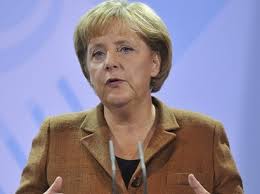 The German parliament has approved 8.50 euros (about N2,500) per hour as the country’s first minimum wage. The approval which came after a vote in the Bundestag today showed in increment in wage that is higher than the equivalent in the US and UK.

Reports have it that the Angela Merkel’s Christian Democrats approved the new policy as part of a power-sharing deal with the Social Democratic Party.

Germany has previously relied on trade unions and business groups to fix minimum pay instead.

At the moment, the country is one of seven in the 28-nation EU without a minimum wage level.

The minimum wage has been the subject of much controversy in Germany, with business leaders warning that it would result in fewer jobs, or force companies to move production facilities to other countries, where labour is cheaper.

Lobbyists have also claimed that the policy would make Germany less competitive.

However others have been angered by concessionary measures, including a two-year grace period for some employers to phase in the policy.

Additionally, the wage does not cover minors, interns, trainees or long-term unemployed people for their first six months at work.

For the rest of Germany’s employers, the regulations will come into effect on January 1, 2015. The wage will be reviewed annually from 1 January 2018.

Regardless of the outcome of Thursday’s vote, the policy will still need to be passed by Germany’s upper house, the Bundesrat.

Other European countries have been adjusting their minimum wage policies.

In March, the UK government announced a 19p increase to the national minimum wage, bringing it to £6.50 per hour.

In May, Swiss voters overwhelmingly rejected a proposal to introduce what would have been the highest minimum wage in the world, in a referendum. [myad]