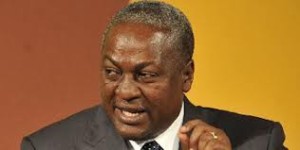 Ghana major currency, the Cedi is currently facing danger as it fell 40 percent against the US dollar even as the country goes cap in hand for financial aid from the International Monetary Fund (IMF) to help strengthen the currency. Cedi is now considered to be one of the world’s worst-performing currencies.

According to expert report, Ghana, once seen as a shining example of economic strength in the region, is also struggling with high inflation, recalling that the country last went to the IMF for help in 2009, when it secured a $600m three-year aid package.

The report notes that in spite of the fact that it is a major exporter of gold, oil and cocoa, Ghana is struggling with large current account and budget deficits, adding that the country’s finance minister had last week said that the country would fix its currency problems itself and only go to the IMF as a last resort.

“Many experts see the decision to go to the IMF as the first admission by the government that the economy is in bad shape,” says the report. “Commentators said the move would force the government to take stronger action to tackle rising deficits and inflation.”

Leading financial analyst, Razia Khan of Standard Chartered Bank is quoted as saying: “An IMF programme is likely to give to investors that additional level of confidence that fiscal consolidation might be pursued more seriously. However, news of potential talks with the IMF is unlikely to be enough, on its own, to make a meaningful difference to the cedi just yet.” [myad]