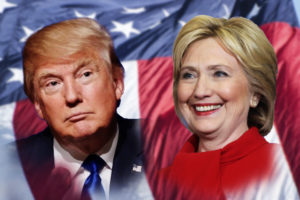 A group of renowned computer scientists and lawyers in America have alleged that the results of the recently conducted election that led to the declaration of Donald Trump of the Republican were manipulated and asked his Democrat counterpart, Hillary Clinton to challenge the results, especially in three key states.

The group of activists, including voting rights lawyer John Bonifaz and J Alex Halderman, director of the University of Michigan’s center for computer security and society, believe that their evidence shows that results in these three battleground states – which lost Clinton the election on 8 November – might have been hacked.

As reported by New York Magazine, the group is not speaking on the record but is privately lobbying Clinton’s team to challenge the election results.

In Wisconsin, Clinton received 7 per cent fewer votes in counties that depended on electronic-voting machines compared to countries that used optical scanners and paper ballots, and consequently Ms Clinton may have lost up to 30,000 votes. She lost Wisconsin by 27,000 votes.

The group has already held a call with Clinton campaign chairman John Podesta and campaign general counsel Marc Elias to argue that while they have not found conclusive evidence of a hack, the pattern in their results merits an independent review.

Clinton has made no indication she would challenge the results and the White House is intent on a smooth transition.

The deadline to file for a vote recount is between Friday and next Wednesday for the three states.

The vote in Michigan has still not been called as the results on 8 November were very close – and the 16 electoral votes in the state have not been proportioned to either Mr Trump or Ms Clinton.

Trump has 290 Electoral College votes, compared to Clinton’s 232 votes. Michigan is likely to be given to the Republican side.

Clinton would need to win Michigan and overturn the results in Wisconsin and Pennsylvania to win the Electoral College.

Another factor is so-called “faithless electors” who will not vote for the candidate which won in the popular vote in their state. So far, six Electoral College voters said they would not vote for Trump.

Meanwhile, more than 4.5 million people have signed a petition for more Electoral College delegates to defy the instructions given to them in their state.

There have only been 157 faithless electors throughout history but they have never overturned an election.

Trump said on Tuesday during a meeting with the New York Times that he was “never a fan” of the electoral college and he would have preferred to win in the popular vote.

Heba Abedin, the sister of Ms Clinton’s top aide Huma Abedin, called on Facebook for people to phone the justice department and request an audit of the vote.

“They are starting to recognise there really is something off about the election results as they come in,” she wrote.

Clinton said during the third presidential debate that Trump’s refusal to definitely accept the election result if he lost was “horrifying.” [myad]