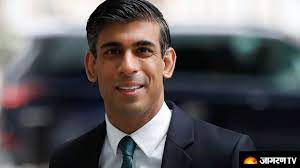 Indians have rolled out drums to celebrate the new British Prime Minister, Rishi Sunak of Indian origin, who they say is ascending to British leadership after 75 years of gaining Independence from the same Britain.

The ascension of Sunak, they said, also coincided with Diwali, the biggest Hindu festival.

Social media was abuzz with congratulatory messages with some people regarding Sunak’s Conservative Party leadership victory as a payback for the former colonizers.

According to some Indian social media users, Sunak’s ascent to the top post British position was particularly significant as it coincided with India’s 75 years of freedom from British rule.

India Prime Minister, Narendra Modi, congratulated Sunak on Twitter, saying that he is looking forward to working closely together on global issues.

Celebrating Sunak’s victory, another Indian twitter user wrote: “If Netflix hasn’t yet, they should start a mini-series on how a couple of Indians plotted to take revenge on the British by ruling them — the Brits found out and chased them to Africa. They never gave up and finally succeeded three generations later with Rishi Sunak.”

“Who would have thought when India celebrates 75 years of independence from the British, the British will get a Prime Minister of Indian origin, a first-ever Hindu PM,” renowned South Indian actor Chiranjeevi Konidela tweeted.

The 42-year-old Sunak is Britain’s youngest prime minister in more than 200 years. He was chosen by a governing Conservative Party desperate to fix its own infractures and guide the country through political and economic turbulence.