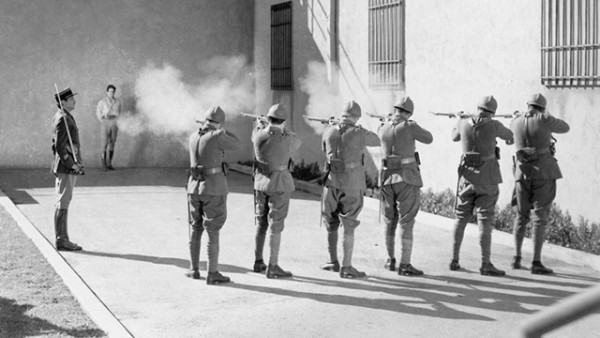 Indonesia has finally executed eight drug convicts including two Australians and four Nigerians and the ninth convict, a Filipina was spared at the 11th hour.

The convicts, who also included a Brazilian, four Africans and one Indonesian, were put to death by firing squad on the prison island of Nusakambangan, MetroTV and the Jakarta Post newspaper reported.

Here are brief profiles of the inmates, who include two from Australia, one each from Brazil and the Philippines, and four from Africa:

A ringleader of the Bali Nine drugs smuggling syndicate, Sukumaran was born in London in 1981 and moved with his Sri Lankan family to Australia when he was a child.

He dropped out of university and became involved in the Sydney drugs and party scene. Enticed by the prospect of easy money, in 2005 he helped to organise a shipment of heroin destined for Australia, but was caught and sentenced to death a year later.

Sukumaran said the shock of jail prompted him to change his life and he has become a model prisoner, teaching other inmates English and art. He has also become an accomplished artist himself, painting several pictures in his final days on Nusakambangan, the high-security prison island where Indonesia carries out executions.

One of his lawyers returned from a visit to the island Tuesday with a painting signed by all nine death row convicts. It was entitled “One Heart, One Feeling, One Love” and depicted a heart in bold colours.

Like Sukumaran, Chan, 31, also hails from Sydney. He was born in 1984 to Chinese-immigrant parents Ken and Helen, who spent some four decades running restaurants. Chan started taking drugs when he was 16 and said his parents were unable to control him.

Just two years after Chan’s parents retired, they were told their 21-year-old son had been arrested in Indonesia for being a ringleader of a heroin-smuggling gang. In jail he has become a committed Christian and, after six years of theology study, he was ordained as a minister in February.

On Monday, he married his Indonesian girlfriend, Febyanti Herewila, in a jailhouse ceremony, his final wish before facing the firing squad. Like Chan, Herewila is a pastor. She got to know Chan while helping inmates at the jail on Bali island, where he was until recently imprisoned.

Born to a poor family in the Philippines, Veloso, 30, is a single mother of two boys who insists she went to Indonesia for a job as a maid and was duped by an international drug syndicate.

She was arrested in 2009 with 2.6 kilograms (5.7 pounds) of heroin sewn into the lining of her suitcase.

Veloso says she was first offered a job by a friend in Malaysia, but upon her arrival she was told the work was actually in Indonesia so immediately flew there. She claims the heroin was secretly hidden in her suitcase in Malaysia.

Her sons, now aged six and 12, are spending her final days with her in Indonesia.

Her case has attracted huge attention in the Philippines, with near daily rallies of support and world boxing superstar Manny Pacquiao pleading for her life to be spared.

Brazilian Gularte, 42, was arrested in 2004 while trying to enter Indonesia with six kilograms of cocaine stashed in his surfing gear.

His family have tried without success to obtain clemency for him by saying doctors have classed him as paranoid schizophrenic, which would normally see him transferred to a psychiatric facility.

Nwolise is a 49-year-old Nigerian who was found guilty in September 2004 of trafficking 1.18 kilos of heroin through Sukarno-Hatta International Airport in Jakarta two years earlier.

His clemency appeal was rejected in February this year.

Fellow Nigerian Oyatanze, 45, was sentenced to death for trafficking heroin, also through Sukarno-Hatta airport, in 2001.

His clemency appeal was rejected earlier this year.

The NDLEA said Salami appears to be Nigerian but holds a Spanish passport and is thought to be also known by the name Jamiu Owolabi Abashin.

He entered Indonesia using a Spanish passport under the name Raheem Agbaje Salami.

He was caught with five kilos of heroin inside a suitcase at the airport in Surabaya, Indonesia’s second-largest city, on September 2, 1998 and was sentenced to life imprisonment the following year.

That was reduced by the high court to 20 years, but he was later given the death sentence by the supreme court.

There is some confusion about Anderson’s nationality. A spokesman for Indonesia’s attorney-general said he is Nigerian but Nigeria’s NDLEA said he is a Ghanaian citizen who was born in London in 1964.

He was arrested in Jakarta in 2003 and sentenced to death. [myad]