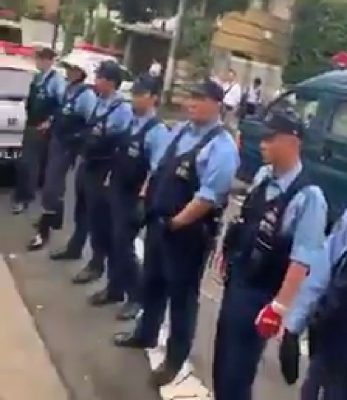 The Japanese Police has mobilized its officers to manage members of the Indigenous People of Biafra (IPOB), who were said to be waiting to harass President Muhammadu Buhari at the Nigerian Ambassador to Japan’s residence in Tokyo.

President Buhari, who is in the country on official invitation was threatened to be harassed on any of his foreign trips by members of the group after humiliating the former deputy senate president, Senator Ike Ekweremmadu in Nurenberg, Germany.

The Presidency has since issued a series of responses to the attack threat.

IPOB Being Funded With $85,000 Monthly Since 2019 To Divide Nigeria, Presidency Alleges

Burial Of Nnamdi Kanu’s Father: We Are Ready To Battle IPOB – Police