Home FOREIGN Judge Sleeps Off During Trial On Child Rape 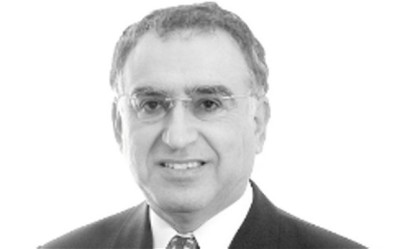 A judge in the case of child rape, Philip Cattan is now being investigated in the United Kingdom for allegedly falling asleep in court while the trial was in progress

The Judicial Conduct Investigations Office confirmed it is looking into the allegation against Philip Cattan, who was presiding over a trial at Manchester Crown Court.

The complaint is that Cattan nodded off as a young alleged victim was giving evidence this week via video-link in the trial of John Quigley. The judge stopped the trial following the allegation and it will now be re-listed.

“The matter is being considered in accordance with the Judicial Conduct (Judicial and other office holders) Rules 2013.”

In a statement, the Crown Prosecution Service said: “The jury has been discharged in the trial of R v John Quigley at Manchester Crown Court following an issue that arose at court during the cross examination of the first complainant in the case.

“The trial will be relisted as soon as possible. The complainants and other witnesses have been kept informed.”

Quigley, 49, of Avon Road, Burnage, Manchester, denies a number of sex offences including the rape of a child under 13.

Philip Cattan is a well-known barrister in the Manchester area and is member of the St Johns Buildings chambers in the city.

He has appeared in a number high profile cases and was defence barrister in one of the trials relating to the 2001 Oldham riots.

Mr. Cattan sits in Manchester as a recorder, which is a part-time judge.

It will be recalled that Judge Gabriel Hutton was disciplined in 2002 after he nodded off during a rape trial at Gloucester Crown Court, causing it to be abandoned.

The Judicial Conduct Investigations Office said that Cattan will not be commenting. [myad]