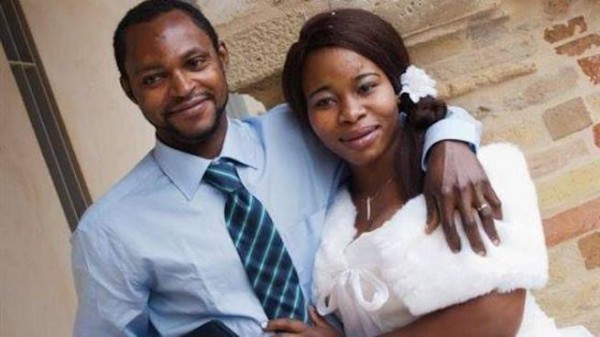 The murder, on Wednesday, of a 36-year-old university lecturer, Emmanuel Chidi Nnamdi in Italy has led to the arrest of a man, Amedeo Mancini, 35, suspected to be the brain behind it.

This is even as the Italian Prime Minister, Matteo Renzi took to Twitter to condemn “hatred, racism and violence,” which was the hallmark of the killing.

The country’s Interior Minister, Angelino Alfano attended a security meeting in Fermo on Thursday, after which he announced that Chinyere, the deceased girlfriend would be granted refugee status.

Chidi was beaten to death in a racist attack by a right-wing football hooligan in the central Italian town of Fermo.

Chidi was walking with his wife, Chinyery, on Via Veneto in Fermo on Tuesday night when they suffered racial abuse. The football hooligan allegedly called Chinyere, 24, a “monkey.”

That led to an altercation and Chidi was brutally beaten on the head, reportedly with a road-sign pole, until he fell to the ground.

The attack caused a brain hemorrhage that resulted in an irreversible coma. Chidi died on Wednesday.

Chid and his girlfriend, Chinyere, arrived in Italy last year after escaping an attack by the Islamic extremist group, Boko Haram, at a church in Nigeria in which they each lost their parents and their daughter. Chinyere also lost her baby after the perilous Mediterranean crossing.

Meanwhile the president of the chamber of deputies, Laura Boldrini had expressed “dismay” and “outrage” on hearing the news that “a man who escaped the ferocity of Boko Haram terrorists in his country was killed, here in Italy, because of hatred, racism and xenophobia”.

The couple had been living in the area for eight months and were lodged in a shelter run by Catholic charity Caritas. Chinyere has been moved to another centre. [myad]