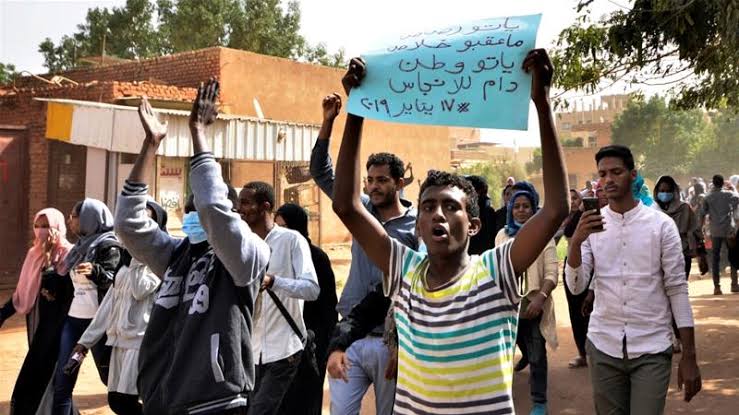 Sudan’s military rulers has shown preference for Islamic Sharia laws and local norms to guide legislation against the background of the proposals made by protest leaders on the structure of an interim government.

Protesters, whose months of street demonstrations helped force longtime President Omar al-Bashir from office last month, have kept up their demands for change, calling on the military officers who took over to hand over power to civilians.

Responding to a draft constitutional document presented by a coalition of protest groups and political parties, the ruling Transitional Military Council (TMC) noted that the document omitted Sharia law.

“Our view is that Islamic Sharia and the local norms and traditions in the Republic of Sudan should be the sources of legislation,” TMC spokesman Lieutenant General Shams El Din Kabbashi told reporters.

He also said the council believes that the power to declare a state of emergency in the country should go to a sovereign authority, not the Cabinet as the opposition suggested. The transitional period should last two years, not four, which was the opposition’s proposal, he said.

Discussions with the opposition were ongoing, but calling early elections within six months would be an option if they could not reach an agreement, Kabbashi said.

Another council member said more than four members of the TMC had resigned and that the TMC was dismantling an unofficial militia group, known as Popular Security, which was operated by Bashir’s party.

This came after Sudanese forces seized explosives belts, guns including rifles fitted with silencers, devices used to detonate explosives remotely and satellite telephones in a raid on a property in the capital Khartoum, on Monday

The TMC said on Tuesday that those weapons belonged to Popular Security.

The Declaration of Freedom and Change Forces, an alliance of activists and opposition groups, sent the military council the draft constitutional document on Thursday outlining its vision for the transitional period.

Earlier on Tuesday the main group spearheading protests in Sudan said that the TMC had responded to its plans for an interim government structure, and it would announce its position once it had studied the reply.

Amjad Farid, spokesman for the Sudanese Professionals Association (SPA), which has played the leading role in the protests, said the council had sent a written reply.

“We will study the response and will announce our position later,” Farid told reporters.

The constitutional draft, seen by Reuters, describes the duties of a sovereign transitional council that the opposition groups hope will replace the TMC, but does not specify who would sit on it. It also outlines the responsibilities of the Cabinet and a 120-member legislature.

The military removed Bashir on April 11 after months of demonstrations against his 30-year rule.

FG Loans: Protest Not The Answer, By Joseph Ejemhen