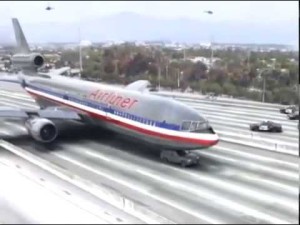 There was a heightened security fear in Kampala, the Ugandan federal capital yesterday when an aircraft carrying American soldiers crash-landed on a highway outside the Kampala. It was said to have landed “miraculously” causing no injuries to the occupants.
Security officials said that the small plane was carrying six soldiers from Entebbe airport to neighbouring South Sudan and was forced to turn back due to bad weather.
The incidence occurred, according to officials, about 40 miles from the airport after the plane ran out of fuel.
“Nobody was hurt. There were eight passengers including the pilot and co-pilot,” said Paddy Ankunda, Uganda’s army spokesman.
He attributed the lack of casualties to Uganda being “full of miracles.
“Definitely, there must have been a bit of luck. A highway is not a place for aeroplanes so they were lucky to find no vehicles.”
It was unclear why the military personnel were heading to South Sudan-the world’s newest country in the grips of a civil war-and US Embassy staff were not available for comment.
“In the airspace in South Sudan, it was established that the weather was actually bad and it affected the visibility and the pilot was not able to trace its way”, Freddy Enanga, Uganda’s police spokesman said.
“The fuel that they had actually ran out at a village called Kiwawu along Kampala highway.
“The pilot soft landed there in the middle of the road. There was no traffic there which enabled him to land safely,” he explained.
“It’s a major highway-but it’s not as busy as Entebbe highway.”
Emergency teams from Entebbe International airport were quickly dispatched to refuel the fixed-wing craft so that it could return to base, Enanga said.
Ankunda said that this was the second time a plane had landed on one of the roads between Kampala and Entebbe.
He said that last year, a plane flown by an American also crash landed but with no casualties. [myad]