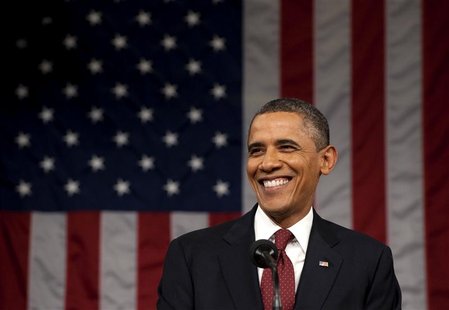 The American President, Barack Obama has announced the designation of a Presidential Delegation to Nigeria to attend the inauguration of the Nigeria’s President-elect, Muhammadu Buhari, tomorrow at the Eagle Square, Abuja. This is even as a delegation of the All Progressives Congress, (APC) United Kingdom Chapter, under the leadership of Dr. Phillip Idaewor has arrived Nigeria to witness the inauguration of the President-elect and his Vice, Professor Yemi Osinbajo.
According to a statement from the US, the American Secretary of State, John Kerry,  will lead the Obama Presidential delegation with Honorable James F. Entwistle, U.S. Ambassador to the Federal Republic of Nigeria, Department of State and Honorable Linda Thomas-Greenfield, Assistant Secretary of State for African Affairs, Department of State as members of the team.
Also in the team are General David M. Rodriguez, Commander, U.S. Africa Command (USAFRICOM), Honorable Grant T. Harris, Special Assistant to the President and Senior Director for African Affairs, National Security Council and Mr. Hakeem Olajuwon, NBA Legend and Olympic Gold Medalist.
Meanwhile, a statement signed by the deputy chairman of the UK Chapter of APC, Tunde Doherty said the delegation flagged off their trip to Nigeria with a visit to one of the APC leaders, Chief Wale Osun, who is also the leader of Afenifere Renewal Group (ARG).
They also paid a courtesy call on the Chairman of APC in Lagos State, Chief Henry Ajomale and his deputy, Cardinal Odunmbaku at the party’s secretariat in Lagos before they stormed the studios of the Television Continental (TVC) where the group’s deputy chairman, Mr Tunde Doherty appeared on the news live.
The group later left for Abuja on Tuesday and were at the APC National Secretariat where they met the Director of Organisation, Alhaji Abubakar Kari and the Deputy National Chairman (South) and former Ekiti State Governor, Chief Segun Oni.
Earlier, Prince Hilliard Etagbo Eta, the National Vice Chairman, (South-South) had hosted Dr. Idaewor led APC, UK Chapter to lunch in Abuja.
[myad]