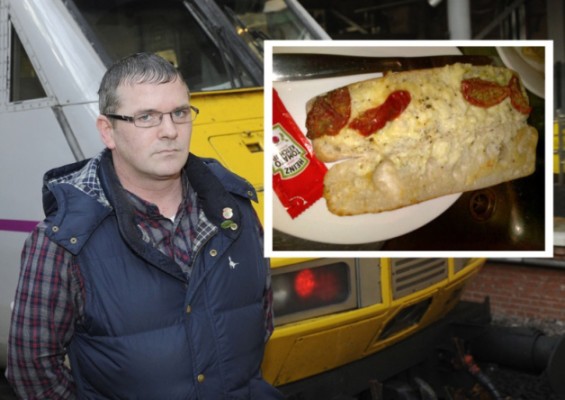 A Catering crew leader, Mark Doughty, has been sacked by his employers, the East Coast Trains for explaining to passengers that staff shortage and broken boiler led to the provision of sub-standard food for breakfast. The Train was heading from Edinburgh to London in the early hours of today.

Reports said that the East Coast management accused Mr. Doughty, an employee for nearly 14 years, of bringing the company into disrepute even as the passenger who first complained about the poor service was horrified to learn of the sacking.

This is even also as the entire staff of the company are threatening to embark on strike in protest against the sack, insisting that he st be re-instated to his duty.

David Beaumont, a regular East Coast traveller, praised the train staff for the way they handled protesting passengers, insisting that the ones who were damaging the company’s reputation were those responsible for the problems – and those who fired Mr. Doughty.

Members of the RMT union are being balloted for industrial action to demand his reinstatement. The move comes as a similar ballot is under way in support of a catering worker sacked by CrossCountry for not selling enough tea and coffee from his trolley.

Mr. Doughty, 39, from Gilmerton, said it was known in advance that the 5.48am service on September 29 from Waverley to King’s Cross would be one member of staff short because of a mix-up over holidays, but then the chef phoned in sick, reducing the catering crew to just four.

To add to his problems, he discovered from an e-mail the train had a broken boiler. The lack of hot water for washing meant the crew could not serve cooked breakfasts but had to hand out warmed-up paninis with bacon or scrambled egg and roast tomatoes.

Doughty said: “The passengers were not happy. The passenger who complained said the bacon panini was disgraceful – to put it politely. It tasted and looked disgusting.

“They were annoyed because they were not getting what they were paying for. Some took it out on the staff. One member of staff was in tears as a result.

“I explained it would not have made any difference if the chef had turned up because the broken boiler meant we could not serve them the food they would normally get.”

Doughty said staff shortages were frequent and East Coast had been aware of the broken boiler the week before.

The company told Doughty he had “behaved in an inappropriate and unprofessional manner by engaging in a conversation with customers which undermined the reputation of East Coast and the East Coast management team”.

In an e-mail offering his support, Beaumont said: “I find it hard to believe a member of staff can simply be dismissed for telling the truth to insistent passengers like myself in such circumstances.

“The target of my complaint was the people responsible for the chaos, not the guy placed in the awkward position of breaking it to a train load of annoyed passengers, a job that he did incredibly well. I am a regular user and recently there has been constant problems with the provision of proper First Class food on this route.”