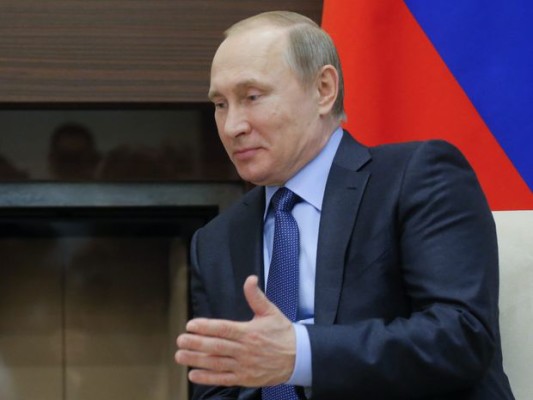 President Vladimir Putin of Russia has approved for use by ‘volunteers’  the world’s first vaccine against coronavirus, saying that the dose is effective in forming immunity against the deadly pathogen which has spread globally.

“As far as I know, a vaccine against the coronavirus infection has been registered this morning, August 11 (in Russia), for the first time in the world,” the President told members of the government.

“I thank everyone who worked on the vaccine – it’s a very important moment for the whole world.

Putin insisted that vaccination in Russia should only be carried out on a voluntary basis, with nobody forced to accept immunization even as he said that one of his daughters has already been vaccinated.

“I know that it works rather effectively, forms a stable immunity, and, I repeat, it passed all the necessary inspections,” the president added.

With more than 700,000 deaths attributed to the pandemic and over 20 million official cases internationally, the entire planet is desperate for a solution to the Covid-19 crisis, which has also devastated the global economy.

He said it is hoped that the Russian vaccine will go into general circulation by January, but in the meantime medical workers and teachers will be given priority.

“We will begin the stage-by-stage civilian use of the vaccine. First and foremost, we would like to offer vaccination to those who come into contact with infected persons at work. These are medical workers. And also those who are responsible for children’s health – teachers,” the minister said.

Last week, the health minister stated that initial clinical trials of the vaccine developed by the Gamelei Research Center in Moscow had been completed.

Eyebrows have been raised at the speed of the Russian development process, particularly in the West, where countries such as the US and Britain are working on their own solutions.

The Association of Clinical Trials Organizations had earlier written a letter to Murashko warning that civilian immunization before clinical trials are complete could endanger people.

“Why are all corporations following the rules, but Russian ones aren’t? The rules for conducting clinical trials are written in blood. They can’t be violated,” ACTO Executive Director Svetlana Zavidova told the American news outlet. “This is a Pandora’s Box and we don’t know what will happen to people injected with an unproven vaccine.”

However, Vadim Tarasov, a top scientist at Moscow’s Sechenov University, where the trials took place said the country had a head start as it has spent the last 20 years developing skills in this field and trying to understand how viruses transmit.

The technology behind the Russian vaccine is based upon adenovirus, the common cold. Created artificially, the vaccine proteins replicate those of Covid-19 and trigger “an immune response similar to that caused by the coronavirus itself,” Tarasov revealed.

“This vaccine wasn’t developed from scratch, the Gamelei Research Center had a serious, significant research base on vaccines,” he told news agency TASS. “The technology of developing such a vaccine was perfected. So perhaps, the process was sped up due to the fact that the vaccine was not created from scratch. It is important that all stages [of vaccine research] are followed and that international requirements are adhered to.”

Putin said that his daughter had a slight temperature after taking part in trials, but that it quickly went away.

“One of my daughters got the vaccine. In this sense, she took part in the experiment. After the first vaccination, she had a temperature of 38, the next day, 37 and that was all.”

Russia’s determination to develop a vaccine was prompted by the devastating effect Covid-19 has had on the country. It has the fourth-highest number of cases on the planet, after the US, Brazil and India, with 179,293 still active.