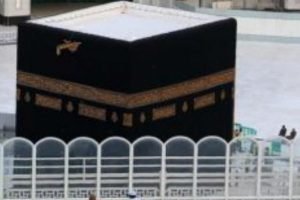 Saudi Arabia has confirmed two female citizens of the country with coronavirus, bringing the total number of confirmed cases in the Kingdom to seven. This is even as the management of the two Holy Mosques in Makkah and Madinnah has provided protective devices against the entry of the virus.

A statement by the country’s health ministry said that one of the two female Saudi citizens arrived from Iran via Bahrain, while the other came from Iraq’s Najaf through the United Arab Emirates.
The statement said that over 100 Saudis disclose recent travels to Iran amid coronavirus outbreak
The ministry said both women did not declare their recent travels to Iran and Iraq upon arriving in the Kingdom.
Saudi Arabia had earlier called on citizens to declare visits to Iran in the past 14 days, as part of measures to contain the coronavirus outbreak.

The Kingdom’s General Authority for Civil Aviation, in a statement, confirmed that at least 128 people disclosed their recent travels to Iran as at today, March 7.
While the authorities have decided various ways to prevent coronavirus from entering the Holy Mosque in Makkah, the Kingdom had since limited entry of arrivals from UAE, Kuwait and Bahrain.