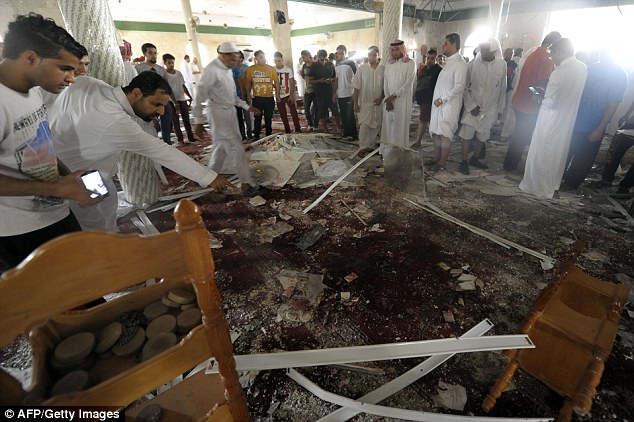 The bomber struck during the Jum’at prayer in Eastern Province, where assailants, linked to the Sunni extremist IS, killed seven members of the minority Shiite community in November.

The interior ministry said a suicide bomber detonated a bomb at the mosque in Kudeih, in the Shiite-majority city of Qatif, the official SPA news agency reported.

“An individual detonated a bomb he was wearing under his clothes during Friday prayers at Ali Ibn Abi Taleb mosque in Kudeih in Qatif,” the ministry spokesman said in a statement.

He said several people were killed and wounded, without giving a breakdown.

Shiite activists and witnesses gave conflicting tolls, with one saying four worshippers were killed and others speaking of 22 dead.

IS said it was behind the attack, the first time the group has officially claimed an attack in Saudi Arabia, and vowed “dark days ahead” for Shiites until militants “chase them from the Arabian Peninsula”.

IS considers Shiites as heretics.

A statement published online said “soldiers of the Caliphate” were behind the attack by Abu Amer al-Najdi who “detonated an explosives belt” in the mosque.

The United States condemned the bombing, but White House spokesman Josh Earnest said it was not immediately able to confirm it was the work of IS.

Shiite Iran demanded that the perpetrators be found and punished, and its Lebanese ally Hezbollah said it holds the Saudi authorities “totally responsible” for the bombing. [myad]